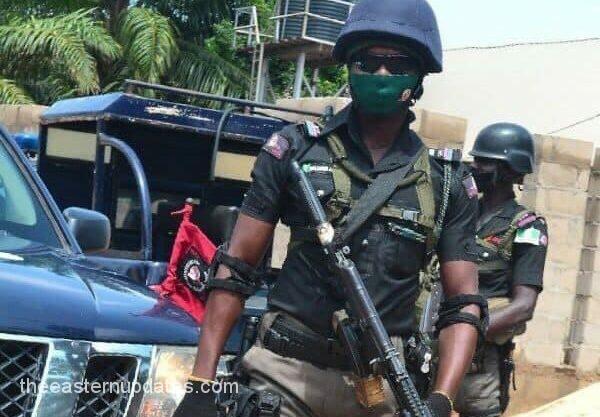 The police Command in Ebonyi State yesterday announced that it has arrested no fewer than three suspected criminals who have been in the habit of robbing POS operators, and innocent citizens of the state of their hard-earned money and properties.

This was made known by the commissioner of Police Ebonyi State Command, CP, Aliyu Garba, via a statement which was made available to newmen by the Police Public Relations Officer, PPRO, SP Chris Anyanwu.

The Eastern Updates reports that the names of the suspected criminals are yet to be identified at the time of filing this report.

The statement reads in part: “A three-man syndicate who specializes in robbing shopping malls, super markets, POS Operators and bank customers after withdrawing cash, within Abakaliki metropolis has been arrested.

‘They operate on a power bike, armed with pistols. They usually enter their targeted shops in the guise of buying items while their rider gang mate lurks around the premises to dispose customers of their valuables at gunpoint.

‘Fortunately, luck ran out of them when they robbed a fashion shop at No. 19 Udemezue St, Abakaliki at about 1300hrs on 16-08-2022 and they were captured on a CCTV camera.

‘On a tip-off, they were intercepted and arrested by the Crack Team of Ebonyi State Police Command. The pistols and the power bike were recovered. Presently, they are helping us in further investigation.

He went on to further reveal that one of the suspected criminals got wind of the arrest of his cohorts and took to his heels.

The police said that effort is on the top gear to arrest the fleeing suspect from his hideout.