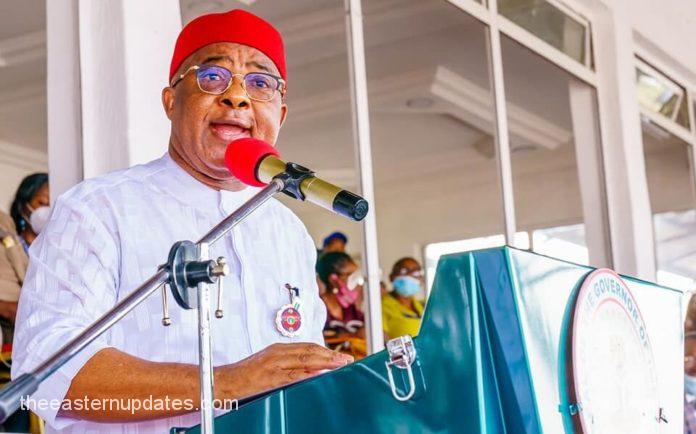 The Imo State Governor, Hope Uzodinma has donated ten (10) Armoured Personnel Carriers (APCs) to the Imo State police as part of his administration’s efforts to strengthen and further reolve security responses across the State.

He had also commended the security officers for their efforts to tackle insecurity and promised to continually support them for effective service delivery.

According to him,” Let me state here for the purpose of emphasis that the government and people of Imo state are grateful to President Muhammadu Buhari and the heads of all security agencies, including the police, for the efforts and sacrifices they made to restore peace to our state.

“I must salute the Imo State command of the Nigerian Police in a special way for their gallantry and display of uncommon professional efficiency in the fight against banditry and criminality in the recent past in the state.

”Since the inception of my administration, I have always worked with the federal government and the security agencies to ensure that Imo Stare is safe for our people, residents and visitors.

“What we are doing today is not a coincidence but a deliberate and sustainable effort aimed at enhancing the capacity of the police to execute their constitutional law enforcement mandate.

” You will recall that shortly after I assumed office, I procured more than 100 patrol vehicles equipped with modern communication gadgets, to the police and other security agencies to help them fight crime and criminality in the state. We followed that up with the donation of the first set of Armoured Personnel Carriers.

“Today, on behalf of the state government, I am presenting for the commissioning and immediate deployment of additional 10 numbers of Armoured Personal Carriers and other vehicles to further strengthen the effectiveness of the police force in the state.

Receiving the crime-fighting equipment, the Inspector General of Police, IGP Usman Alkali Baba commended Imo State for what it is doing in the areas of reinforcement and support for the security agencies in the State. The IGP enjoined men of the Imo State Police Command to uphold and protect the rights of citizens of Imo State.

The IGP’s entourage was made up of officers of the Army, Navy, Air force, SSS, Police, Prisons, Immigration, Road Marshalls and other high-ranking Police Officers.

Facebook
Twitter
WhatsApp
Email
Telegram
Previous articleUni Education Not For Everybody: Umahi Blasted For Statement
Next articleCrackdown As 45 Youths Are Busted For Internet Fraud In Enugu