APC Will Ruin Those Holding Abia To Ransom – NWC Member 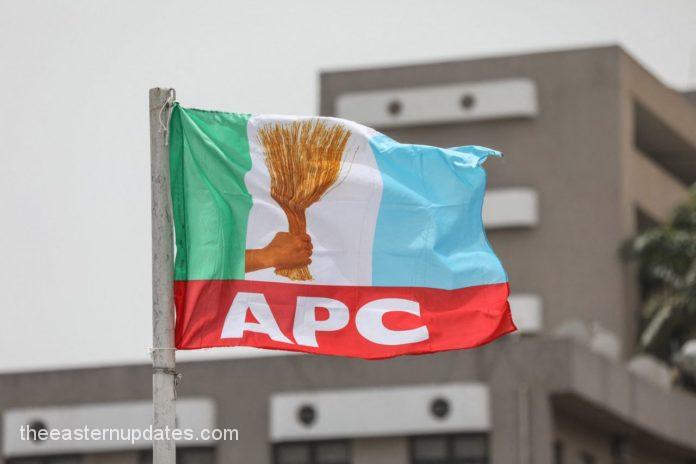 Barr Friday Nwosu, who is the National welfare officer of the All Progressives Congress (APC) has revealed that the 2023 general election will be providing an opportunity with which to expose all those who have been holding Abia State to ransom since 1999.

Nwosu had also made this statement yesterday while he had been reading the communique issued by APC Stakeholders Forum, Aba Division of the state, wherein they endorsed High Chief Ikechi Emenike as the party’s governorship candidate.

Nwosu said it has become obvious to every Abian that the ruling PDP has mismanaged the state and destroyed every sector of the economy hence “the anxious wait for the locusts to be shown the way out of government house come 2023.”

He continued, “Abia is bleeding. The state is in a state of decay and we can’t allow it to continue. We know those who have kept the state in this situation for their selfish interest. We know what to do about them.”

The communique, which was signed by Nwosu, the state woman leader, Mrs. Chino Cecilia Erondu and auditor of the party, Engr. Solomon Alozie as well as 13 other party stalwarts, was a reflection of Emenike’s popularity in the old Aba Division, comprising seven local governments of Ngwaland and two in Ukwa.

Nwosu, who said he has collapsed the structures he built for his 2015 and 2019 governorship bids into Emenike’s own, adding that the stakeholders of the old Aba Division would do everything in their power to guarantee victory for APC in their zone.

“The forum further unanimously adopts whoever High Chief Ikechi Emenike shall in his wisdom choose as his deputy governorship candidate from Ukwa land of the division for the general election,” he noted.

The NEC member added “The forum shall aggressively mobilise members and nonmembers in Aba zone to enhance the victory of High Chief Ikechi Emenike as the governor of Abia State in the 2023 general election.”

Stressing that all hands must be on deck for the agenda, the legal practitioner explained that the state was in need of a revolution: “Certainly not with arms, but by saying no to wrong doings and putting right people in leadership positions.”