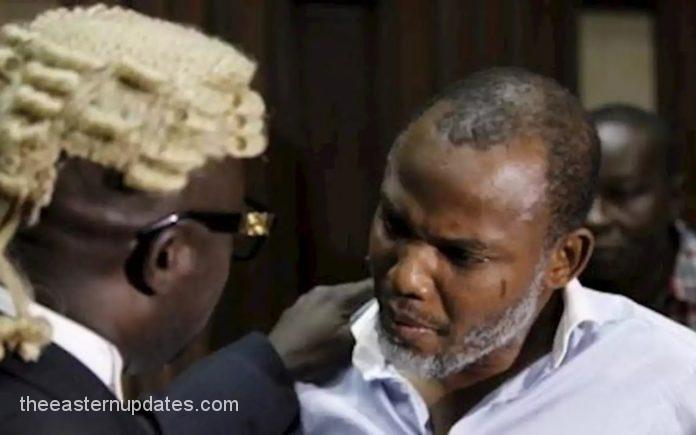 The Coalition of Northern Groups, CNG, a civil rights group has sternly put out a warning to the United Nations, UN, against any form of interference in the trial of Nnamdi Kanu, who is the embattled leader of the Indigenous People of Biafra, IPOB.

It had been reported that the United Nations had recently indicted both the Nigerian and Kenyan Governments for the extraordinary rendition, torture and continued detention of Kanu without due process. Consequently, the UN agreed and recommended to the Federal Government to immediately release Kanu unconditionally.

But CNG in a communique issued at the end of its year’s annual retreat on Monday, reiterated its position against undue interference by the international community, particularly the United Nations in the internal security affairs of the country.

The communique signed by Abdul-Azeez Suleiman, its Spokesperson, “cautioned the UN to desist from allowing some of its officials drag it into international disrepute by interfering in particularly the matter of the trial of the IPOB leader, Nnamdi Kanu.”

It further “Cautioned the Nigerian authorities against succumbing to undue pressure from whatever quarter to avoid setting dangerous precedence in the country.

In another report, the recent order by the United Nations Working Group on Human Rights and Arbitrary Detention for the Federal Government to unconditionally release the leader of the Indigenous People of Biafra (IPOB), Nnamdi Kanu yesterday echoed loudly at Corsica Libera Conference.

IPOB joined other emerging nations from across the world to attend the conference held recently in the France Island region.

Media and Publicity Secretary of IPOB, Emma Powerful, who disclosed this at the weekend in a statement, said that IPOB by attending the conference has again accomplished another precious milestone in its unceasing work to extricate the land of Biafra from bondage.

He claimed that “IPOB has placed Biafra for the first time in its history in the minds of the government and people of Corsica during the just concluded EGhjurnate Internazionale Conference which hosted IPOB delegation representing Biafra, a country of about 70 million people currently ruled by Nigeria.”