HomeFeaturesEkweremadu: How Nwamini Had Told Lies About Being An 'Orphan’
Features

Ekweremadu: How Nwamini Had Told Lies About Being An ‘Orphan’ 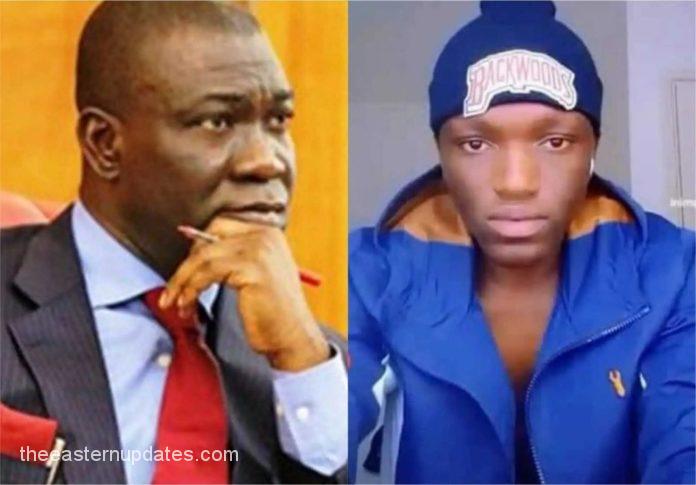 It has been revealed from reliable sources that contrary to some of his claims that he is an orphan, some of the emerging facts have proven that the parents of David Nwamini Ukpo who was the donor in the alleged organ harvesting saga involving former deputy Senate president, Ike Ekweremadu and his wife, Beatrice, are still alive.

The London Metropolitan Police had earlier told the court that David Nwamini was a homeless and orphaned minor who had been trafficked from Nigeria.

Nwamini has since made a u-turn while confirming that he is not a minor, but a 21-year-old boy.

More facts have now emerged indicating that he also lied about his parents.

A SUN Newspaper report revealed that David’s parents are alive and well.

The report had also showed that his parents, Nwamini and Mary Ukpo are both alive and residing at their home in Izzida, Nduofia village of Ebonyi Local Government Area of Ebonyi State.

It was also gathered that the local branch of Nigeria Reformed Church (NRC) where the Ukpo family worship, has been praying for him, believing that he would return home to them, one day.

David’s brother, Jonathan Ukpo Nwamini, was also earlier quoted in the media saying that they were into phone accessories business in Lagos.

In another report, the youth wing of apex Igbo socio-cultural organisation which is the Ohanaeze Ndigbo Youth Council Worldwide, OYC, has openly lauded the United Kingdom over the bail which had been granted to Beatrice who is the wife of former Deputy Senate President, Senator Ike Ekweremadu.

The Eastern Updates reports that the OYC had in late June pleaded that Ekweremadu’s wife be granted bail to enable her attend to their ailing daughter. Few days ago, the lawmaker’s wife was granted bail.

Reacting through a statement on Wednesday, the National President of OYC, Mazi Okwu Nnabuike thanked the United Kingdom for the latest action on the matter.