HomeFeaturesI Have No Relations With Murdered Anambra Lady – Chimamanda
Features

I Have No Relations With Murdered Anambra Lady – Chimamanda 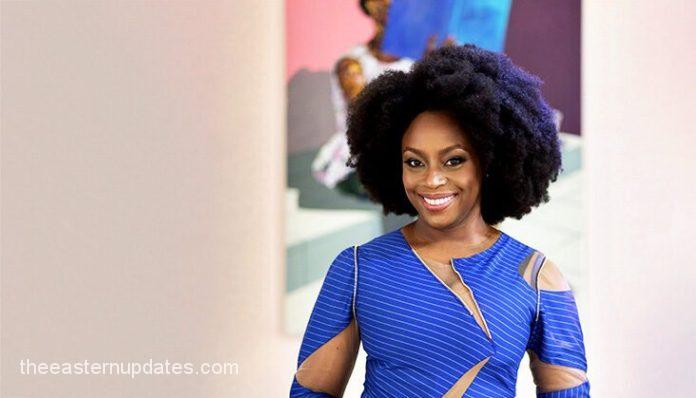 Chimamanda Adichie who is a renowned, award-winning novelist has openly faulted some of the claims that she was directly related a 40-year-old lady, Nkiru Okoye, who had been recently murdered in Ogbunike, Oyi Local Government Area of Anambra State.

The Eastern Updates had earlier reported that the deceased who is the a wife of a mechanical engineer, Emenike Okoye, was beaten to death by her brother-in-law, George Okoye, over the ownership of some disputed landed property. George Okoye is the elder brother of Emenike Okoye.

The suspect, who is currently in police custody, was said to have invaded the home of the victim, alongside some of his immediate family members, and attacked Emenike and his wife.

Meanwhile, it had been speculated that the deceased was related to the renowned novelist.

In a statement made available on Sunday evening, Chimamanda’s team said the “lady in the story is neither Chimamanda’s sister nor a relative”.

“Chimamanda is very shaken by this incorrect news and is disappointed at the unprofessionalism displayed by The Frontier, both with the first false post and the inaccurate rejoinder,” said Omawumi Ogbe, a member of Chimamanda’s communications team.

“We send our sympathy to the family of the murdered lady,” Ogbe added.

He said, “I was preparing for work, my wife was preparing the children for school and to also travel home for a meeting of Umuada. George and his wife, Uzonna and their son, Somtochukwu and twin daughters, invaded my house around 6am on July 19. They overpowered us, beat us to stupor, and left.

“Later on that day, when my children had gone to school, at around 7am, they returned with some persons, carrying dangerous weapons, including axe.

“They dragged my wife outside the house, hit and killed her with axe and chair. She fell and died. When I resisted their move to drag me outside too, they broke my hand with an axe, dragged me outside and started hitting me with the axe all over my body until I passed on. You can see the cut on my eyes.

“They left me thinking that I was also dead. But miraculously, I escaped death as some members of our local vigilante group who arrived the scene drove me to hospital.”