Obi Weeps Over Level Of Poverty, Deprivation Of Nigerians 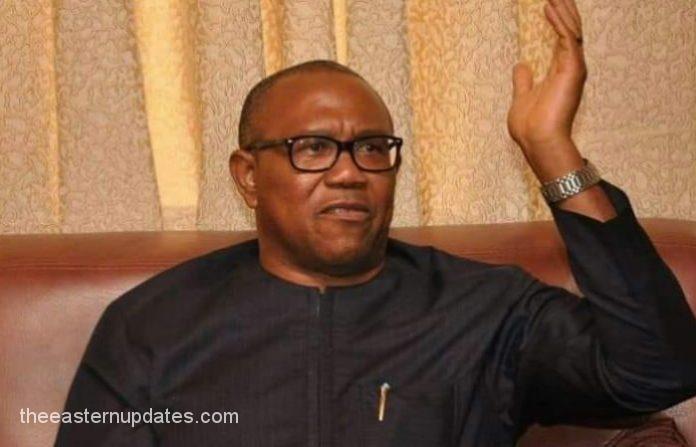 The presidential candidate of Labour Party (LP), Mr Peter Obi, has lamented that despite the abundant resources in the country, majority of the citizens are still wallowing in poverty and deprivation.

Obi stated this yesterday during a prayer meeting which attracted a huge crowd of worshippers from many Christian denominations at Mater Dei Cathedral, Umuahia, Abia State.

The meeting was organised by the Catholic Action Group, the Christian Association of Nigeria (CAN), Abia State and the Pentecostal Fellowship of Nigeria (PFN) in conjunction with the Alex Otti Foundation.

He said he had been going round to meet the governors across the states to make them understand the  need for them to subsume their personal interests and political affiliations to come together and save Nigeria.

“I am meeting all the governors to tell them a simple thing: If you don’t do the right thing there will be anarchy and everybody will be consumed whether you’re a governor or not. We must fix this place,” he said.

The former governor of Anambra State on the platform of the All Progressives Grand Alliance appealed to the citizens to subject all the presidential candidates to intense scrutiny before deciding who to vote for.

“Verifying the presidential candidates being paraded by the various political parties would enable Nigerians to know the backgrounds, history and intentions of the candidates,” he said.

He earlier visited Governor Okezie Ikpeazu at his home, Umuobiakwa in Obingwa.

The Umuahia Diocese administrator, Most Rev Michael Ukpong, said the meeting was aimed at seeking God’s intervention in the affairs of the country and stressed that the people should participate actually in the election.

Represented by the chancellor of the Diocese, the Rev. Fr. Henry Maduka, Ukpong noted:

“We are tired of plying the old way and if we are tired we must act with conviction and commitment to salvage the nation.”