Many Dead As Biafra Group Clashes With Cameroonian Soldiers 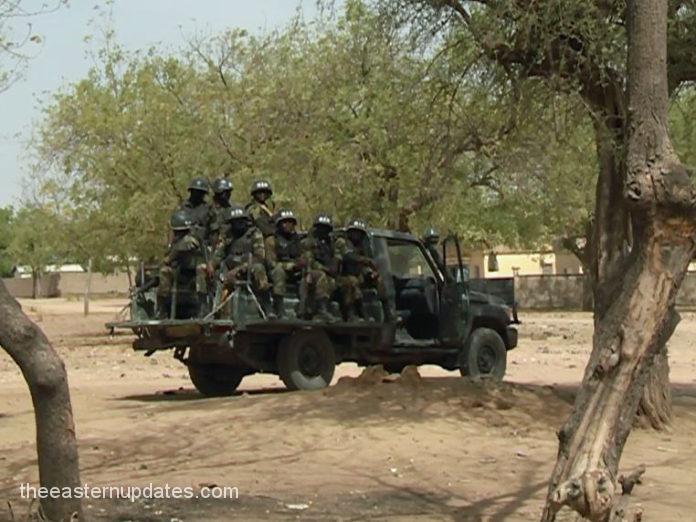 In a sad development, five identified members of the Rapid d’intervention Battalion (BIR) which is a Cameroonian military unit, have been reported to have been murdered by separatists who are suspected to be the militant members of the proscribed Biafra Nations League, BnL.

The personnel and some other officials of a Cameroonian military unit were said to have invaded the camp of the Biafra group on Saturday morning while on a crack operation.

Reports say that men of the BIR, before invading the camp, took down two wooden poles with Biafran flags at about two kilometres away from the separatist camp as at 9 o’clock in the morning in Isangele but were swiftly resisted by the separatist militants.

The separatist militants were said to have first opened fire on the soldiers and killed five officers while it lost one man.

Residents who heard gunshots have reportedly fled their communities for safety and in fear.

Local reporters gathered that two military drone cameras were seen flying round the communities yesterday evening before the attack commenced this morning.

The leader of BnL Bakassi Chapter, Ita Bassey confirmed the incident to newsmen. He said that the camp of a self-defense partner group was invaded by Cameroon forces this morning.