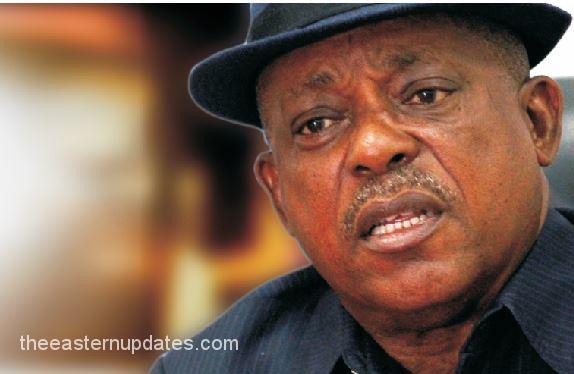 Prince Uche Secondus who is the immediate past national chairman of the main opposition, Peoples Democratic Party, PDP, had lauded the leadership qualities of Peter Obi who is the presidential candidate of the Labour Party, LP while declaring that Nigeria stands a better chance with him.

Secondus in his remarks had also expressed some form of optimism that Peter Obi holds better hope for the chances of Nigeria having a credible leader. He stated this while congratulating the former Anambra Governor for attaining 61 years old yesterday (Tuesday).

Secondus, in a statement by his media aide, Ike Abonyi, stated that Obi exhibited “exemplary leadership” and “frugal attitude” during his eight years as governor of Anambra State, adding that he stood out as a “generational leader.”

He said, “Obi’s exemplary Leadership quality as exhibited in his eight-year tenure in Anambra state stood him out as a generational leader.

“Your frugal attitude to public funds is worthy of emulation, especially for a struggling country like ours.”

The PDP former chairman described Obi as his friend, stating that he had brought a “unique and positive style” into the nation’s public life and wished him more blissful years ahead.

In another report, a Peter Obi support group which has been identified as the Peter Obi Support Network (PSON) have thrown some open accusations at the Kaduna State Governor, Nasir el-Rufai, of deliberately putting in measures to prevent a Northern meeting in which had been in support of Peter Obi.

The followers of the Labour Party (LP) presidential candidate had reportedly planned to use the popular Arewa House on Rabah Road.

In a statement on Monday, the POSN lamented that they had fallen victims of power misuse. The spokesman, Sani Saeed Altukry said the venue’s manager “called to notify that we cannot have Peter/Datti Northern Summit in Arewa House”.

Noting that the programme was scheduled for Tuesday, Altukry said no reason was given for the refusal.