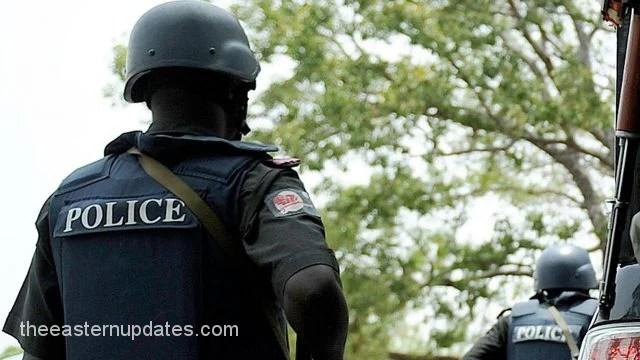 No fewer than five suspected criminals were yesterday arrested by Ebonyi State Police Command on charges of alleged conspiracy, stealing, and vandalisation of Enugu Electricity Distribution Company, EEDC, armoured cables in the state.

The Commissioner of Police, Ebonyi State Command, CP. Aliyu Garba, made this known in a statement signed and issued to journalists in Abakaliki through the Police Public Relations Officer, PPRO, SP Chris Anyanwu on Monday.

The commissioner pointed out that the suspected criminals, who hails from Inyimagu Amuzu community in Ezza South and Izzi LGAs, specialize in vandalizing and stealing EEDC armoured cables and assorted other electrical installations.

The police boss stated further that: “The Crack Squad of Ebonyi State Police Command has arrested part of a syndicate of criminals who specialize in vandalizing and stealing EEDC armoured cables and assorted other electrical installations.

“The criminals conspired and went to Amalekwuna Ameka in Ezza South LGA and vandalized EEDC transformer and other electrical installations thereto, carting away armored cables yet to be estimated in monetary terms.

The owner of a white bus with Reg. No. AWK 173 XC with which the exhibits were collected. A sales girl and boy at the scrap shop Automobile Site Abakaliki and a native of Ukwuakparata Izzi LGA was also arrested.

Other suspected criminals that are at large includes; Nwite Chidi (owner of the pit) from Onuebonyi Izzi LGA and Uchenna (other names not yet known) hired by the driver.

The commissioner, however, tasked community leaders not to allow vandals cart away the belongings of EEDC cables and other belongings in the state.