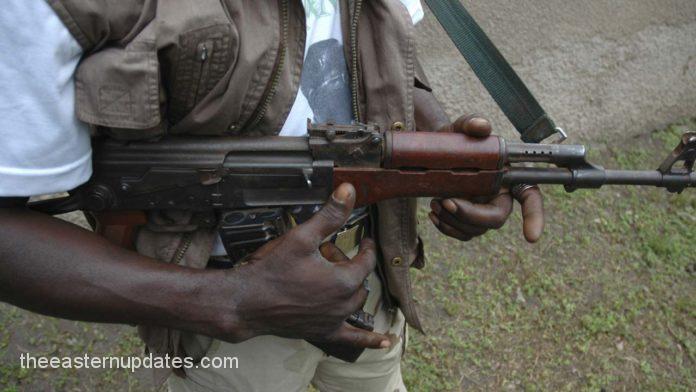 Some yet-to-be-identified gunmen yesterday afternoon, attacked commuters along the Amawbia – Nise Road in Awka South Local Government Area of Anambra State, dispossessing them of their valuables, including two jeeps.

The Eastern Updates gathered that the incident happened near Nise Market which is about four minutes drive from the Police Headquarters and the Governor’s Lodge in Amawbia.

According to sources, the gunmen operated in the area for about 30 minutes unchallenged before driving off with two jeeps they snatched from the commuters.

Read Also: ‘Outcome Of Presidential Primaries Made Me Sad’ – Umahi

They also reportedly set the Hilux van they came with on fire before fleeing with the occupants of their two vehicles.

Sadly, the scene of the incident was just a stone throw to the back of the Governor’s Lodge where a checkpoint usually manned by the police was set up. A team of military men used to man the security point but they were later withdrawn.

Police Public Relations Officer in the state, DSP Tochukwu Ikenga, confirmed the incident but said that police had been drafted to the scene. He said that the details of the ugly incident were still sketchy as at the time of filing this report.

Some frightened eyewitnesses have finally opened up about how a crack team of anti-robbery police squad officials from the Abia State Command worked hard to foil an attempt to rob a branch of an old-generation bank in Umuahia after a fierce gun battle with the daredevil robbers.

The operation was reportedly carried out by a four-member gang, according to the eyewitnesses.

It was learnt that the armed robbers, on sighting the policemen, began to shoot sporadically as they made attempt to escape.