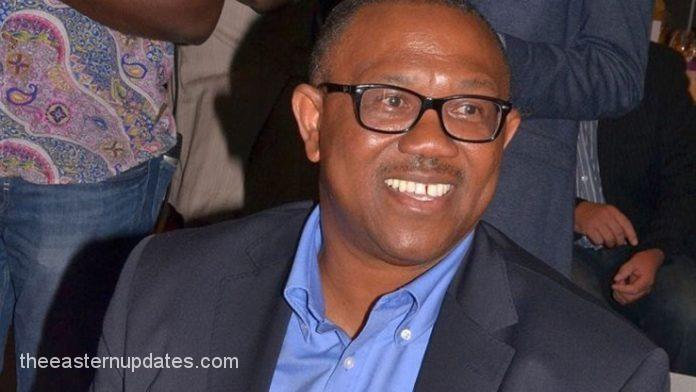 The apex Igbo socio-cultural organisation, the Ohanaeze Ndigbo, has poured encomiums and also felicitated with the Labour Party presidential candidate, Peter Obi on his 61st birth anniversary while wishing him well on his political endeavours.

The former Anambra State governor and Presidential candidate was born on the 19th of July, 1961 and he will be clocking 61 years on Tuesday.

A goodwill message issued by the Publicity Secretary of Ohanaeze Ndigbo, Chiedozie Alex Ogbonnia, described the LP candidate as a “rejected stone that has finally become the chief corner stone”.

Ohanaeze assured Obi that prosperity would continue to celebrate his legacy even in thousand years to come.

According to Ogbonnia Obi was able to use his morals, uprightness, persuasions to change the political narratives of the country.

Part of the message reads, “The President General of Ohanaeze Ndigbo Worldwide, Ambassador Professor George Obiozor feels highly elated that the rejected stone has seamlessly become the cornerstone that gravitates the Nigerian grassroots including men and women of timber and caliber.

“My brother, Okwute, be assured that in over one thousand years to come, July 19 will remain a day in history: a day a great African was born into Agulu community, Anambra State, Nigeria.

“A man who with a mere force of morals, uprightness, persuasions and goodwill was able to change the political narratives of the most populous and backward African country”.

In another report, Peter Obi as well as his running mate, Yusuf Datti Baba-Ahmed on Sunday held a key meeting with former President Olusegun Obasanjo.

The Eastern Updates reports that former Anambra governor and ex-House of Representatives member are vying for the presidency under the Labour Party (LP).

Obasanjo received the 2023 candidates at his residence in Abeokuta, the Ogun State capital on Sunday evening where they held a meeting.

Obaze was the Peoples Democratic Party (PDP) flagbearer for the 2017 Anambra governorship election.