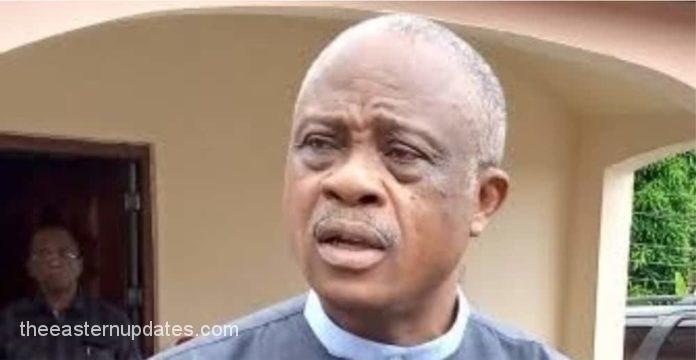 Stakeholders from Arochukwu Local Government Area of Abia State have pledged full support for the governorship candidate of the All Progressives Congress (APC), High Chief Ikechi Emenike ahead of the 2023 governorship poll in the state.

In a statement yesterday, the stakeholders said the APC candidate has what it takes to win the election and rescue the state from ‘bad’ governance.

According to the statement which was made available to The Eastern Updates, Emenike was at Ututu where he inaugurated branded campaign vehicles of the APC candidate for Arochukwu/federal constituency, Chief Dan Okeke.

“Several community leaders, party stakeholders and women leaders that spoke at the event vowed to work very hard to ensure that APC sustained its grip on Arochukwu/Ohafia federal constituency. They expressed their joy at the emergence of Emenike as the governorship flag bearer of APC in Abia for the 2023 poll.

Meanwhile, Emenike has identified low budgeting as the major reason why Abia has been experiencing stunted growth.

The development economist noted that over the years those at the helm of affairs have been running Abia on low budgets of less than N200 billion, which according to him, is insufficient to pull Abia out of underdevelopment.

‘Any budget less than N200 billion cannot develop Abia,’ he insisted, adding that he would find creative ways to enhance the state budget to be able to meet with the demands of developing the state to enviable heights.

But Emenike, who is leading a mass movement “to rescue and develop Abia” promised to set up ‘building blocks of development’ that would place the state on the path of irreversible growth.