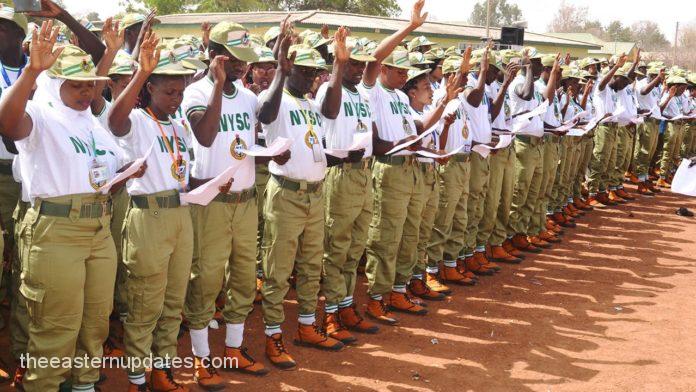 Okezie Ikpeazu who is the Abia State Governor has on Friday assured the Abia State chapter of the National Youth Service Corps (NYSC) of his administration’s continued support of the scheme.

Gov Ikpeazu had given the assurance in Umuahia on the occasion of the passing out of 2021 Bath B stream 1 corps members, numbering 940 and comprising 406 males and 534 females deployed in the state who successfully completed their service year.

Speaking during the passing out ceremony held at the Umuahia Township Stadium, the Governor, Dr Okezie Ikpeazu had also congratulated the Corps members for the successful completion of their service year while pointing out that his administration would continue to support the scheme in the state.

Represented by the Secretary to the State Government, Chris Ezem noted that their end of service marks the beginning of another greater service, adding that their contribution to the national growth and development will be forever cherished by the people of Abia. He advised them to continue to remain, good ambassadors of the state, wherever they may find themselves and prayed to God to guide them in their future endeavours.

Earlier in his address, the Chairman of the NYSC Governing Board and Commissioner for Youth Development, Mr Charles Esonu assured that the state government would continue to pursue the policy of rewarding excellence in service to outstanding corps members.

In his welcome address, the NYSC State Coordinator, Mr Julius Eke said the Corps members did their best and have contributed to the growth and development of the state in various areas of their primary assignment and appealed for assistance in rehabilitating the orientation camp in Umunna Bende.

The event featured the presentation of a state award to the overall corps member, an optometry graduate from the University of Benin, Mr Elaiho Osarodion Samuel from Edo State.