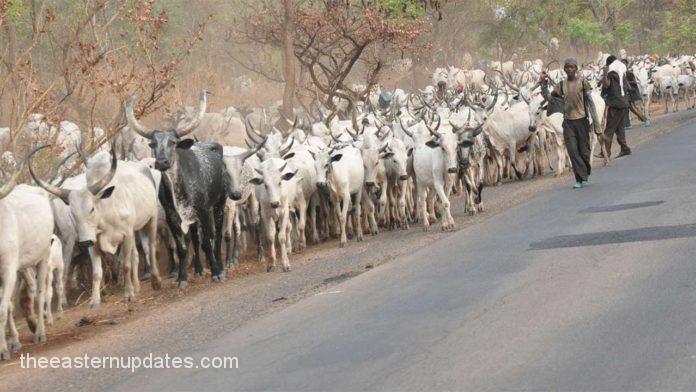 All of the anti-kidnapping measures recently implemented by the Abia State administration to stop the kidnapping activities associated with herdsmen don’t seem to be having the desired impact.

The villages in Abia State’s Umunneochi Local Government Area, which have been the hardest hit by the threat posed by criminal herders accused of being responsible for kidnappings and rapes in the region, made this information public.

Communities and youth leaders expressed their frustration of the communities when the former Speaker of the ECOWAS Parliament, Senator Mao Ohuabunwa, visited the council headquarters at Isuochi where he sympathised with the people and offered them words of encouragement.

He warned that youths would no longer wait and watch helplessly while herdsmen continue their rampage with arrogance, impunity, disregard to the law of the land and utter disrespect to human dignity.

According to him, even after the abduction of the Prelate of the Methodist Church Nigeria, His Eminence Samuel Kanu-Uche and the attendant worldwide condemnation and publicity the dastardly act elicited, kidnappers have continued their business as usual.

“Three days ago, a boy of less than 15 years was Kidnapped. The other day, they also kidnapped another boy riding motorcycle and took him to the bush demanding N3 million ransom,” he lamented.

The youth leader added that abducted boy, whom he described as “a prayer warrior” regained his freedom through divine intervention as “he prayed and they (kidnappers) slept and he escaped” having been “severely tortured.”

Uche stated that the menace has gone from bad to worse as the suspected herdsmen that hitherto went to farms to abduct and rape women now raid homes to grab women and girls to rape.

He recounted the recent incident when herders raided Umuerem village and made to grab a woman in her house but their mission failed as some villagers saw them and raised the alarm, prompting the criminals to retreat into their forest hideout.

The youth leader regretted that the security checkpoints in the area, especially the one manned by the army at Lomara Junction, have become “one of our problems”. He reiterated the common allegation that the military turns a blind eye to the criminalities of herdsmen, which the army high command has always denied.