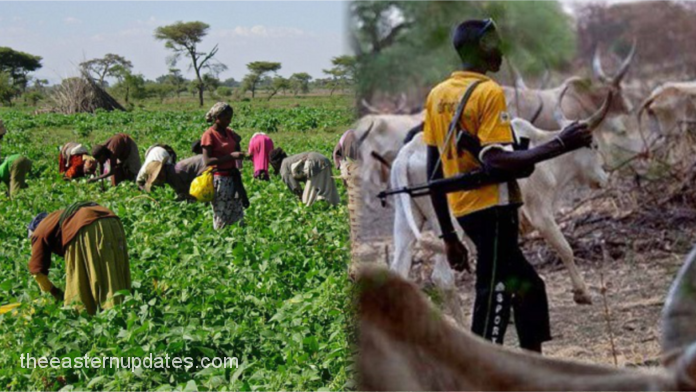 Two individuals have been reportedly killed while others count their losses as some suspected Fulani herdsmen struck a fresh attack on Mgbuji and Agu-Amede Communities in Isi-Uzo Council area of Enugu State.

The recent attack had taken place on Friday at Onu-Mgbede Mgbuji at a boundary with Agu-Amede community.

No fewer than 16 people had been allegedly killed by Fulani militias in Eha-Amufu communities, while 14 farm settlements with over 3000 inhabitants were sacked recently.

Also, hundreds of houses and properties worth millions had been destroyed between December 2021 and June 2022.

Some of the heads of the security agencies in the state visited the troubled community and promised to provide adequate security for them having had first-hand information about the situation. But at the time of filing this report on Friday, no single security personnel is in the community.

The spokesman of Mgbuji Community, Chijioke Ogbodo, who spoke with Newsmen on Friday, decried the persistent attack on the community, alleging that the security agencies were paying a deaf ear.

Ogbodo said that the entire community is now living under the mercy of Fulani militias whom he said were foreign machinery.

Ogbodo said, “They killed two of our people yesterday (Thursday) between Mgbuji and Agu-Amede. The killings happened at Onu-Mgbede Mgbuji. Two that survived were in the hospital now as we speak. This is still happening after all the promises from the police, Army, and DSS (Department of State Services) that they are going to provide adequate security. As I speak to you there is no single security man in Eha-Amufu.

“Now, they have expanded their attacks to Agu-Amede Community. They are now attacking Mgbuji and Agu-Amede Communities simultaneously. We have over 6,000 internally displaced people in Mgbuji community alone and nobody is interested about their welfare,” he lamented.

Ogbodo, however, appealed to well-meaning Nigerians to prevail on the security agencies in the state to provide security to the community.