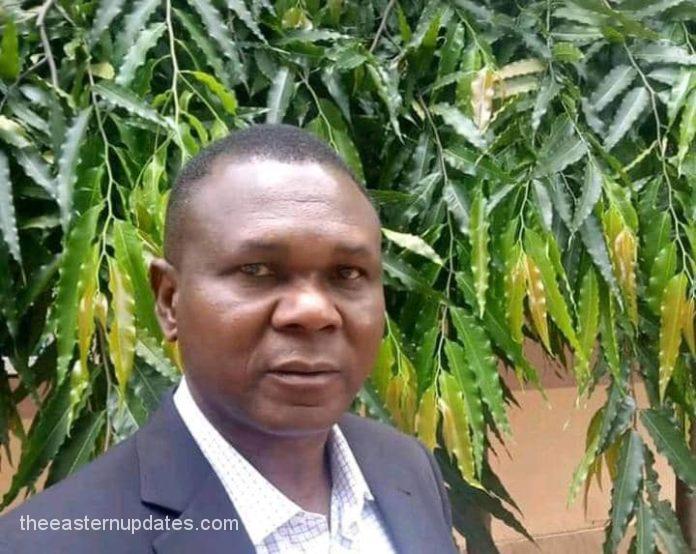 Trouble seems to keep brewing in the enclose of the Ebonyi State PDP as the Chairman of Peoples Democratic Party, PDP in Ebonyi State, Tochukwu Okorie, has openly demanded an apology and ₦2 billion as damages from one of the factional chairman of the party, Silas Joseph Onu, over an alleged defamatory post which had been made on Facebook.

Tochukwu Okorie has also raised a petition against Onu to fully retract the alleged defamatory statement which he had published on the 4th of July which was subsequently shared by one Engineer Osita Kalu Ugorji on the same day.

Read Also: My Suspension By PDP Is A Big Joke – Ebonyi Chair, Okorie

The factional PDP Chairman had, while describing Okorie as an impostor asked members of the party not to honour a meeting he called on behalf of the state executive Committee in the Facebook post. He also said Okorie’s sack as the chairman of the party by High Court will be confirmed at the Appeal Court.

In addition, he had also accused the PDP Chairman of stealing ₦55 million belonging to the party in Ebonyi State among other issues.

But in a letter asking for ₦2 billion damages, apology and retraction of the statements by his lawyer, Barr. Ugochukwu, Okorie described the Facebook post as disparaging and very damaging to him.

The lawyer stated in the letter defamatory statements, in their natural and ordinary significance imply that Okorie is not the current Chairman of the PDP in Ebonyi and that the Court of Appeal had already determined the matter on Appeal and only needs to confirm same on the 7th day of July, 2022, “That you already have the judgment of the Court of Appeal and just needs confirmation on 7th of July, 2022. ”

In addition, Onu, according to the lawyer, insinuated in his Facebook post that Okorie is a thief, fraudulent and a dubious character, who cannot be trusted with money.

According to the lawyer, the Facebook post which are untrue has greatly injured the hard-earned reputation of Okorie and brought him client to public ridicule, odium and contempt in the eyes of right-thinking members of the society.

“The goodwill our client hitherto enjoyed with the people and all his supporters have been greatly injured by the said publication.

“You know or ought to know that our client is a respected Nigerian, known politician and State Party Chairman of one of the biggest political parties in Africa.

“The damage that your embarrassing and harmful publication has caused our client is unimaginable and totally unacceptable to him and to us as his Solicitors as the publication was widely read in Nigeria and all over the world.

“Consequent upon the foregoing , we have our client’s instructions to demand from you the sum of ₦2,000,000,000.00(Two Billion Naira) as damages for the irreparable harm your publication has inflicted on our client’s image as well as that of his family.

“We further demand an immediate retraction of the said story and an unconditional apology to be published in the same way and manner and on the same facebook wall.

“TAKE NOTICE that you are to pay the said sum through our firm and you should take the necessary steps to remedy the damaging, false and malicious story you concocted about our client within seven (7) days from the date of the receipt of this letter.

“TAKE FURTHER NOTICE that if you refuse, fail and /or neglect to meet our demands within the stipulated period, we shall have no other option than to institute the necessary legal actions against you,” the lawyer said.