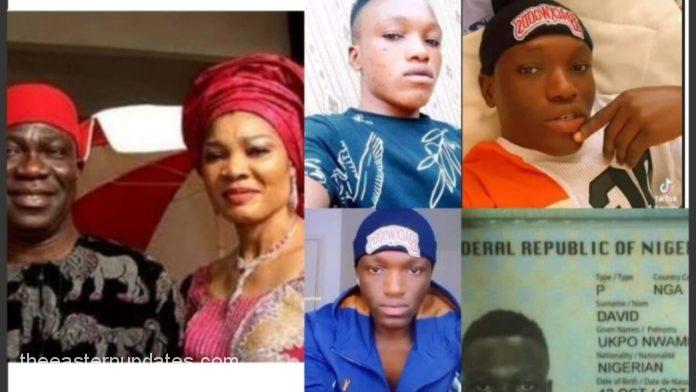 Following the arrest and trail of the former Deputy Senate President, Ike Ekweremadu, and his wife Beatrice for alleged organ harvesting in the United Kingdom, the victim, David Ukpo has finally revealed his real age.

The young man who alleged that he was 15 years old and was being trafficked by the Ekweremadus had mentioned to the West Minister Magistrates Court on Thursday that he is actually 21 years old.

The London court had also ordered the continued remand of former Deputy Senate President, Ike Ekweremadu and his wife, Beatrice.

The court directed that Ekweremadu and his wife remain in the custody of the country’s police department until August 4, 2022, after denying them bail a second time.

Ekweremadu and his wife were arraigned at the Westminster Magistrate’s Court on Thursday for alleged organ harvesting.

The duo was arrested and charged for importing a Nigerian, David Ukpo into the UK for alleged kidney harvesting.

But, addressing the court through his lawyer, Gavin Irwin, the former Nigerian Deputy Senate President, denied any form of exploitation in the matter that has generated public outcry.

Irwin in his submissions in court said: “We deny that there was exploitation or intent to do so.”

The defendants’ lawyers have informed the court that a bail application will be submitted before the next court date, August 4.

The Council of Elders of apex Igbo socio-cultural organisation, Ohanaeze Ndigbo have also shown solidarity and support for embattled former Deputy Senate President, Ike Ekweremadu as well as his wife who are presently facing trials in a London court for alleged organ harvesting.

In a letter sent to the President of the Senate, Sen. Ahmed Lawan by the chairman of the Ohanaeze elders council, Chief Emmanuel Iwuanyanwu on Wednesday, the elders expressed their profound thanks to the senate and House of Representatives for their show of concern to the travails of Ekweremadu and his wife.

The elders who asserted that the report of Ekweremadu came to them as a shock however expressed optimism that the storm will pass away and the lawmaker and his wife would be vindicated.