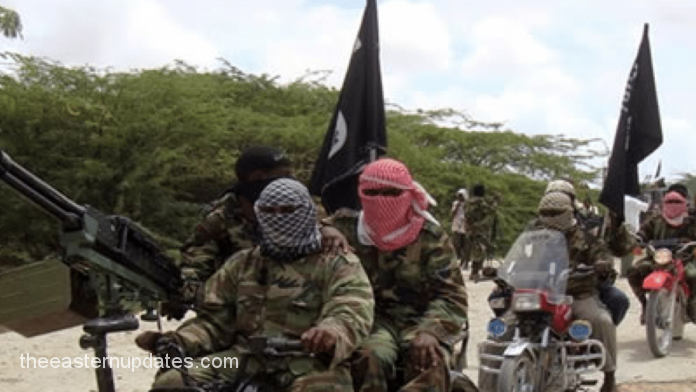 The Indigenous People of Biafra, IPOB, have pledged not to allow the Islamization of Nigeria by Fulani terrorists.

IPOB spokesman, Emma Powerful, in a statement on Sunday claimed that Igbos are presently being targeted because they stopped Fulanis from Islamising the Southeast and Nigeria.

A statement by Powerful reads partly: ‘The Indigenous People of Biafra (IPOB) under the command and leadership of our great leader Mazi Nnamdi Kanu condemn the recent pre-planned attack by bandits, Boko Haram, Ansaru and ISWAP terrorists that consumed the lives of young Igbo soldiers and (Christian) Military officers who recently passed out from the Nigerian war training college at Jaji Kaduna state.

‘We are advising Igbo citizens living in the North that they must be very careful because their lives are not safe, and the Fulani military men drafted in the North were instructed to eliminate the Igbo people, and they will blame it on bandits and terrorists. The soldiers drafted to the South East are all repented Boko Haram terrorists and recruited into Nigeria army, and their locations for attacks were designed and mapped out to be in the South East and the area of North Nigeria where Igbo people are resident. Southerners living in Northern Nigeria will fall victims of these planned attacks.

‘The late Obadiah Mailafi of blessed memory gave a chilling revelation of the plan to overrun Southern Nigeria through the use of Fulani terrorist Herdsmen, Boko Haram, and ISWAP before the Fulani government of Nigeria killed him with poisonous chemicals. He warned that the Fulani has prepared to start a civil war in Nigeria on 2022 before 2023 elections; therefore everyone should be careful and prepared for the jihad that is about to start.

‘Igbo people are the target because they stopped Fulani from Fulanizing Nigeria and deepening their Korean into the Atlantic ocean via the Eastern region at the very projected time.

‘That single plan to start a war in Nigeria made them instruct and put Igbo soldiers where they will be murdered by bandits and terrorists that they formed and equipped.

‘IPOB is not ready to allow Fulani to Fulanise and Islamise Nigeria, they can apply any formula and it shall consume them.

‘All Biafrans must join hands with IPOB to restore Biafra because without Biafra being a Free Sovereign and Independent Nation, we are doomed being in this failed contraption called the Zoological Republic of Nigeria.’