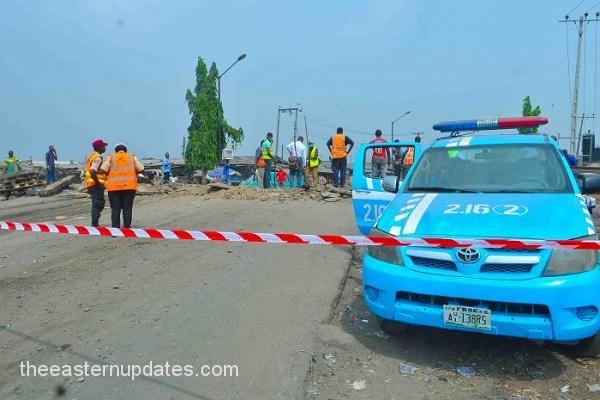 About three young men suspected to be internet fraudsters popularly known as yahoo boys have reportedly died in a car crash in Ogwashi-Uku, Aniocha South Local Government Area of Delta State.
The deceased suspects were also said to students of the Delta State Polytechnic, Ogwashi-Uku.
They were said to be celebrating their new car, a 350 Lexus SUV when they rammed into a stationary truck within the polytechnic community.
An eyewitness who spoke to The Eastern Updates revealed that the victims died on the spot.
‘The students were celebrating the arrival of their car, and unfortunately crashed into a tipper in the community.
Read Also: Two Die In Anambra Road Crash
‘When we got to the scene of the accident, it was fatal indeed. They were students of the polytechnic and they died instantly,’ the source stated.
Police Public Relations Officer in the state, DSP Bright Edafe who confirmed the accident, said two persons died.
Edafe said the victims were male and female, adding that the third occupant of the il-fated exotic car who was the driver was rushed to the hospital.
‘The drive was rushed to the Federal Medical Center, Asaba and I think he is still alive,’ he added.