HomePolitics2023: Why The South East Should Vote For APC - Igbokwe
Politics

2023: Why The South East Should Vote For APC – Igbokwe 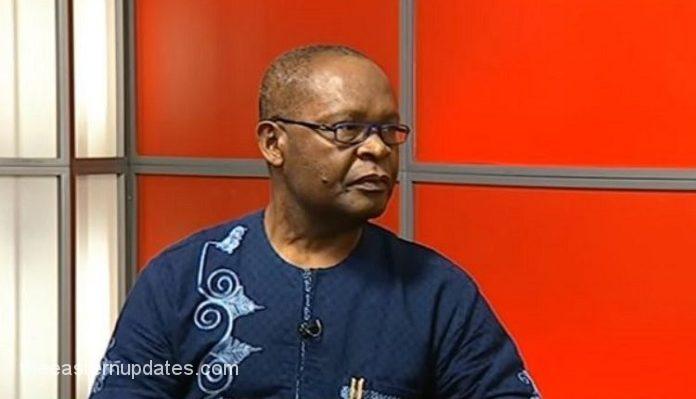 The Special Adviser to Governor Babajide Sanwo-Olu on Drainages, Joe Igbokwe, has called on the Igbo members of the All Progressives Congress (APC) in Lagos state to support for the party by voting its candidates in the 2023 general election.

He made this known while speaking at a press conference in Lagos, yesterday, saying despite that there were many presidential candidates in other parties, the Igbo APC members should show commitment to the party by voting for all its candidates.

‘We are Igbo in APC in Lagos and we have to follow what the party dictates. We own estates, markets, schools, hospitals, shipping companies all over the country. We will vote for APC candidates everywhere because if we believe in a party, will vote for that party. This is democracy.

‘It is true that since the end of the war, no Igbo has been president, it is also true that no Igbo can win with only Igbo votes. Politics is a game of numbers. You can’t put yourself in a corner and expect people to come and help you. We need to stop ethnic sentiments. The insecurity in the South-East must stop because it is destroying our economy. Let us change this narrative and our approach. The investment of the Igbo all over the country is too monumental to ignore,’ he said.

Igbokwe urged the APC not to relegate the Igbo or take them for granted. He lamented that most often, when a crime is committed, the entire Igbo community is accused of the crime without due diligence or investigations.

‘We are appealing to our host communities not to use one offence committed by someone to tar the entire Igbo community. We are not bigots and haters. We witnessed how during the EndSARS  protest and the blame pushed to the Igbo community because Nnamdi Kanu made a broadcast and sent it all over the world, so people accused the Igbo. There are wonderful Nigerians in every tribe. There should be interrogation and due diligence before accusing people if there is an infraction anywhere. They should not blame the Igbo,it is not acceptable. If someone commits an offence, don’t use it to judge Igbo everywhere. Establish your facts first.’

The next Presidential election is slated to hold on February 25th next year.