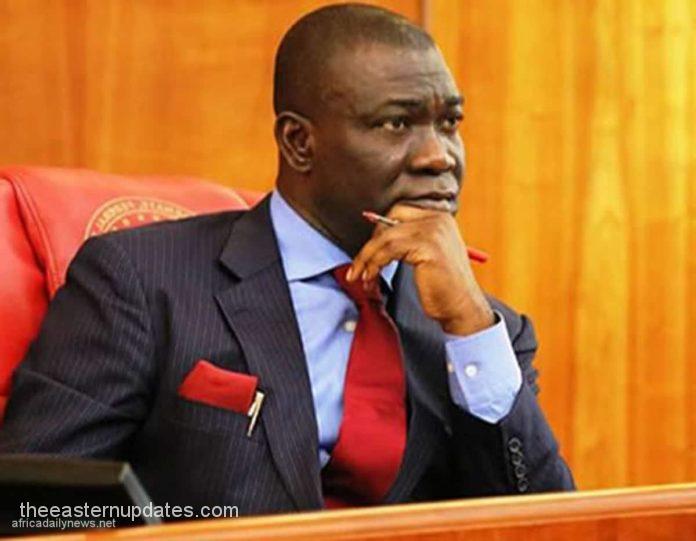 With the turmoil they have been embroiled in as regards to child traficking and organ harvesting, the former Deputy Senate President, Ike Ekweremadu, and his wife, Beatrice, have dragged the National Identity Management Commission (NIMC), the Nigerian Immigration Service (NIS) and others to court over the controversy surrounding David Ukpo’s real age.

The Eastern Updates had earlier reported that Ekweremadu and his wife were, on Thursday, remanded in the UK police custody, after they were tried before the Uxbridge Magistrate Court for alleged conspiracy to facilitate the travel of Ukpo, alleged to be a minor, for organ harvesting.

The couple, however, denied the allegations and the court adjourned till July 7 for hearing.

But in an originating summon marked: FHC/ABJ/CS/984/2022, dated and filed June 27 by their counsel, Adegboyega Awomolo, SAN, before Justice Inyang Ekwo of a Federal High Court, Abuja, the Ekweremadus had pleaded to the court for an order directing the NIMC to supply them with the Certified True Copy (CTC) of the biodata information of David Nwamini Ukpo.

‘The applicants said Ukpo’s National Identification Number (NIN):19438077110, which is in the possession of the agency, should be produced for the purpose of facilitating the criminal investigation and tendering same to establish their innocence with respect to Ukpo’s age in the criminal charges against them before the Uxbridge Magistrate Court.’

The Ekweremadus  had also sought an order directing the NIS C-G to supply the applicants with the documents and application form of David Nwamini Ukpo who was in the possession of the 2nd respondent presented for the issuance of International passport No. BO0569974 for the purpose of assisting criminal investigation and issuing same before the Uxbridge Magistrate Court, UK until July 7 in the alleged criminal charge brought against the applicants.

The lawyer noted that documents being sought to be handed over to the applicants will support the applicants in their defence and establish their innocence of the charges in the interest of justice.

Also, Bright Ekweremadu, the elder brother of the lawmaker, in the affidavit deposed to, said Ukpo informed the couple that he was 21 years old, having been born in the year 2000 and was ready to help Sonia. Justice Ekwo fixed July 1 for hearing of the matter.