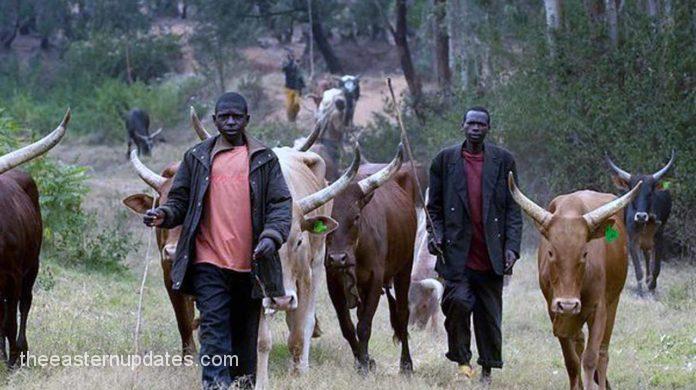 The indigenes of Assa community, a satelite town in the Ohaji-Egbema Local Government Area of Imo State have been counting massive losses after the invasion of their farmlands by some suspected herdsmen.

The pained villagers had also put out an open call to the Imo State Government to intervene in the situation and save them from the ravaging herdsmen.

They also asked the leadership of the Hausa/ Fulani community in the state to ask the suspected herdsmen to vacate their community with immediate effect.

According to the residents, the latest attack is the second in the year.

One of the victims, identified simply as Eddy, said the herdsmen destroyed a lot of crops.

“We are calling on the authorities to come to our aid. Fulani herdsmen are destroying our farmlands with their cows. They invaded our farmlands and destroyed our means of survival,” he said.

The Secretary of Umuepe Youth Movement, Amaechi Ezekwe, said hunger was imminent in the community due to the “nefarious activities of these herders.”

He said, “For over a week now, Fulani herdsmen have invaded our farmlands and destroyed crops running into millions of naira. The youth are threatening a showdown with them, but we are urging them to be calm. This was what they did last year. We are saying enough is enough.”

Another resident, Reuben Keruo, said the traditional ruler of the community had reported the incident to the leadership of the herders in the state, but nothing was done.

He said, “Our people are naturally farmers, but as we speak we are losing everything. Our crops have been destroyed. The Fulani herdsmen in our community are destroying them. Let those concerned tell them to vacate our farmlands.”