Ohanaeze Vies For Peace As Mbaka’s Followers Revolt Over Ban 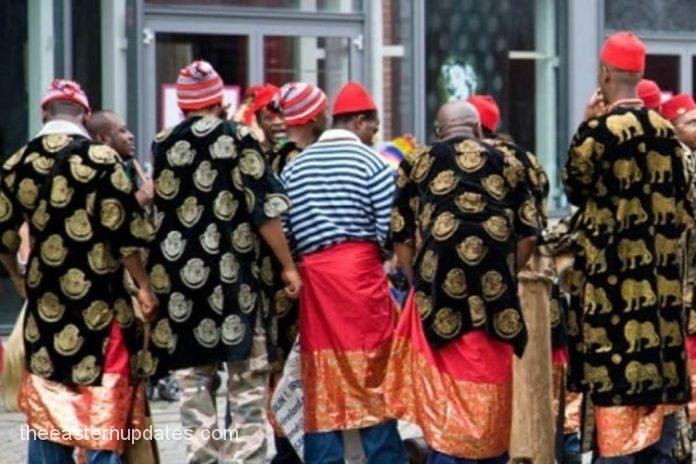 As things get to a head in the Catholic leadership of Enugu State as a result of the recent ban which was slammed on Rev. Father Mbaka over his recent controversial utterances against Peter Obi, the youth wing of the apex Igbo social-cultural organization, Ohanaeze Ndigbo Youth Council Worldwide, OYC, has vied for self-control and restraint in handling the matter involving Enugu Catholic Priest, Rev. Fr. Ejike Mbaka.

The Eastern Updates had earlier reported that thousands of Mbaka’s supporters had taken to the street on Sunday protesting the closure of the Adoration Ministry due to the recent ban of operations on the worship house.

Reacting to the development, the President-General of OYC, Mazi Okwu Nnabuike said Mbaka’s issue was a delicate one and should be treated as such.

Read Also: Okafor, Others Back Isiguzoro On Okowa As Ohanaeze Kicks

Okwu said in the statement that there was a need for a delicate caution in handling Mbaka owing to his large followership. He also urged the Catholic Bishop of Enugu Diocese, Bishop Callistus Onaga to consider lifting the ban on Mbaka “to avoid escalation of protest and unrest in one of the most peaceful States in Nigeria.”

Okwu added that “since Fr. Mbaka has rendered an unreserved apology to the church and Mr Peter Obi, the Bishop should forgive him.

“Besides, as a Christian, I believe in prophecy but when the prophecy comes we return to God in prayers to avert it, we don’t think it’s a call for war.

“We apologize to Mr Peter Obi and the Catholic Church and urge Peter Obi accept the apology made by Mbaka and address his supporters. We also appeal to the church to lift the ban on the adoration ministry.”

While noting that the shutdown of the Adoration had wider implications, the Ohanaeze youths stated that, “Fr. Mbaka is the highest employer of labour in Enugu State. Whenever you touch him, you are looking for the problem of thousands of people in and outside the State.

“He’s a generous man that uses the work of God to put food on the table of the less privileged. What will be the faith of more than 1000 people he’s training in different schools both in Nigeria and abroad?

“We please urge the church to reconsider their decision and lift the ban.”

Meanwhile, Okwu used the opportunity to call on the supporters of various political parties in the South-East and the nation in general not to see this election as a do-or-die affair.

He said the rights of Nigerians to support every candidate of their choice must be respected.

“We have freedom of association and speech as enshrined in the 1999 constitution; they should be diplomatic on their approach to issues, they should convince people rather than attack the individuals,” he stated.