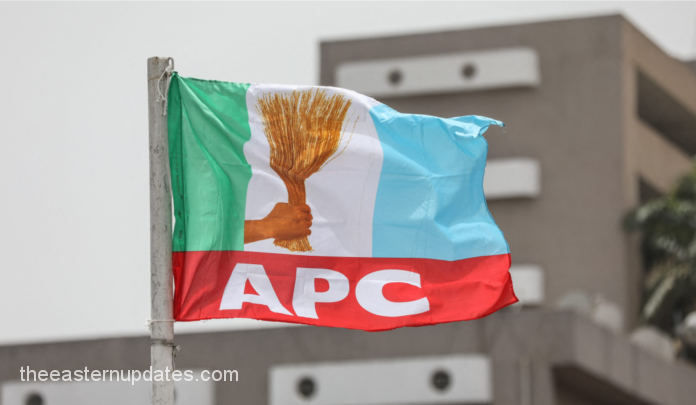 The All Progressive Congress (APC) in Abia State has merged its two factions ahead of the general election in 2023.

On Saturday, the two factions met in Ikwuano Local Government of the State for a reconciliation meeting.

Martins Azubuike, a former Speaker of the Abia State House of Assembly, read a communique announcing the reconciliation.

If elected as the state’s next governor, the party’s governorship candidate, Ikechi Emenike, has promised to save the state from bad governance.

He said it will be a shameful thing for Abia to remain in bondage considering the efforts the party leaders had made to win the state.

Emenike insisted that Abia APC leaders have all it takes to make Abia one state in the world.

He urged all aggrieved members of the party to shun their differences and work hard for the party to win the state.

Also speaking, a former chairman of the party and leader of one faction of the party, Donatus Nwankpa, said the reconciliation meeting was necessary because of the yearnings for a change in the governance of the state.

He said, ‘We have gathered here today to apologise to Abians and also for their forgiveness. But we want to assure them that we are back together now. Today ends all factions of APC in Abia.

‘We are here for a better future for our children and the unborn generation. We urge Abia electorates to vote for our candidate for us to bring the change they are asking for’.

The state chairman of the party, Kingsley Ononogbu, expressed joy for being the party chairman who witnessed the coming together of the two factions of the party.

‘I like what is happening in our party today because I’m a man of peace. I urge our members to take this message of peace home and begin to spread it in various wards and local governments.

‘What we need is the majority of Abia people to vote for our candidate to win the election,’ he said.