Gov Soludo Mulls The Importance Of Democracy For Society 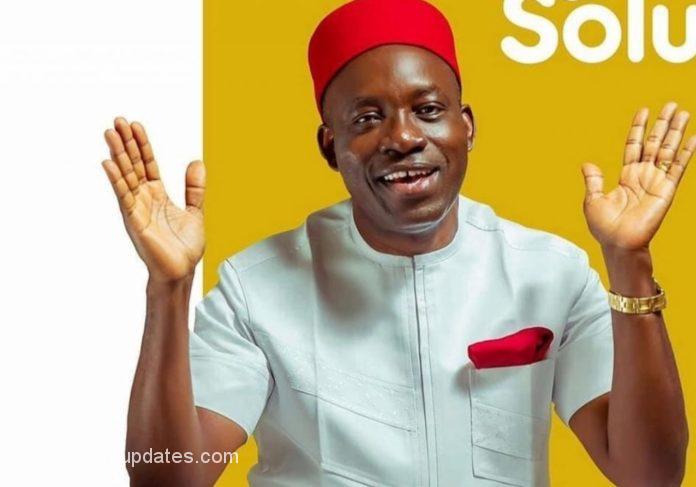 Prof. Chukwuma Soludo who is the Governor of Anambra State, has openly described democracy in Nigeria as a continuous struggle for a better society.

Soludo, who spoke during a special mass at the Anambra Governor’s Lodge in Amawbia, in celebration of Democracy Day stated that it is not only so in Nigeria, but all over the world, as democracy is the only form of government that guarantees a better society.

Soludo said: “Nation building is a consequence of struggle for class, both social and otherwise, and values such as focus, determination and perseverance are indispensable in this kind of struggle.

“There is no perfect society anywhere in the world, however, contestations and contradictions bring out the best in the society.

“Today as Nigeria celebrates Democracy Day, the sacrifices by the late MKO Abiola and others, in the course of the struggle that gave rise to the Democracy Day celebration will not be taken for granted.”

The Governor said for Anambra, democracy will remain a struggle to build a liveable and prosperous homeland, where every one will feel safe in, while urging that everybody has a very fundamental role to play in bringing it to fruition.

Soludo stated this on Saturday when the APGA governorship candidate in Abia, Prof Gregory Ibe, visited him at Anambra Government House.

Commending the virtues of Ibe, Soludo described him as a great achiever and true son of Abia and Ndigbo.

“Prof. Greg’s personal contributions to the development of Society is deserving of commendation. I am certain Abia desperately needs a Greg Ibe. We shall be in Abia to lead the charge when the time comes,” Soludo stated.

Soludo said the time had come for the South East to embrace APGA for integration purposes.

According to him, it is time for Ndi Igbo to calibrate their approach because election will only be won by forming methodical, systematic, concrete networks and alliances.

The Governor asked some South Easterners who are dissipating into other platforms to come back under APGA to expand the frontiers of development.

He said that the bulk votes in the country are in the South West and North West, and not elsewhere.

Soludo welcomed Ibe into APGA and described the party as a movement and the third force, from where projection into the National will be done.

He called on all qualified persons who contested the primary election in Abia state to demonstrate the spirit of sportsmanship and join hands to salvage the state.

Earlier in his remark, Ibe stated thanked his host and said he came to formally congratulate him on his assumption of office as Governor of Anambra and subsequently identify with his administration.

Ibe also stated that he had worked at different levels in the country and beyond, noting that his investment and contribution to Abia under his former political party wasn’t appreciated until he was eventually called back to serve on the APGA platform.

He expressed optimism that APGA would start to take over reins in the country, beginning from the South East zone.