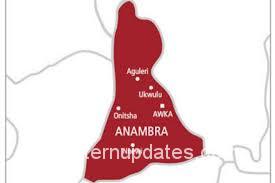 The 1000 teachers recruited in the last days of the former Governor of Anambra State, Willie Obiano’s administration who were recently sacked by the present administration of Governor Chukwuma Soludo have taken to the streets, insisting that they possess all requirements to remain in service.

The Eastern Updates gathered that teachers, who were part of those that sat the recently cancelled Computer-Based Test for recruitment, were engaged by the Parents Teachers Association (PTA) of various schools during the Obiano administration to boost staff in the secondary schools.

What happened was that they were receiving salaries that were below government employees, but were later converted to permanent staff in Anambra State schools towards the end of the Obiano administration.

The protesters, who barricaded the entrance of the state House of Assembly in Awka, displayed placards with various inscriptions, claiming to have been engaged by the state government before the termination of their jobs.

But the state governor, Professor Chukwuma Soludo, who reacted through his Chief Press Secretary, Mr. Christian Aburime, assured that no qualified teacher would be sacked.

Aburime said: ‘For the avoidance of doubt, no qualified teacher in the state’s school system has been relieved of his/her appointment.

‘The government is rather repositioning the education sector according to standard practice and in line with the objectives of the Soludo administration.

‘The affected PTA teachers who were ‘converted’ to the school system in the last days of the last administration in an irregular, hazy circumstances, were only asked to regularize their employment with the government by taking part in the online teachers’ recruitment test initiated by the state.

‘Teachers all over the world are recruited through a serious and systematic pedagogical based process. The “conversion” method is rather new to the teaching field and is totally unacceptable in the state.

‘The idea is to ensure that only those with requisite qualifications, proven capacity and commensurate experiences are recruited into the system. It is not to witch-hunt anybody or take away anybody’s job.

‘At all times, Prof Soludo means well for the good people of Anambra State and will stop at nothing in giving them the best, education inclusive’.