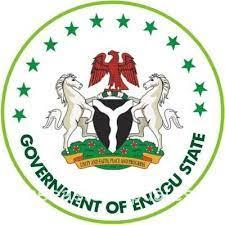 There were some new directives passed down to the cabinet as the Enugu State Government held an emergency security meeting at Government House, Enugu, to review the security situation in the state and to further locate some better strategies to curb the insecurity slowly eating up the State.

The Secretary to the State Government, Simon Ortuanya, disclosed this in a statement from his office to reporters in Enugu.

According to the statement, the meeting, which was chaired by Governor Ifeanyi Ugwuanyi, was attended by the Deputy Governor, Cecilia Ezeilo, the Speaker, Enugu House of Assembly, Edward Ubosi and the heads of security agencies in the state.

Meanwhile, the Tricycle and Motorcycle Riders Associations in Igbo-Eze North and Igbo-Eze South council areas of Enugu State have resolved that their members should desist from operating in the two council areas from 6 p.m. to 6 a.m.

This is contained in a statement signed by the Chairman Enugu State Tricycle Association, Benjamin Ika, and other leaders of the association from the two council areas, made available to reporters in Enugu on Tuesday.

They also directed all Keke and Okada operators to withdraw their services in Aguibeje and Iyionu communities in Igbo-Eze North Local Government Area, with effect from June 7, 2022, till further notice.

The leaders requested security agencies in the state to enforce their resolutions.

Enugu, like other states in Nigeria’s South-east, has witnessed an increase in deadly attacks lately.

The attacks, mostly targeted at security officials and government facilities, have been attributed to the outlawed Indigenous People of Biafra (IPOB) which is agitating for a sovereign state for the Igbo-speaking people in the South-east.

The IPOB leader, Nnamdi Kanu, is detained in Abuja where he is standing trial for terrorism.