‘APC Should Declare Me Winner Of Primary’ – Onuigbo 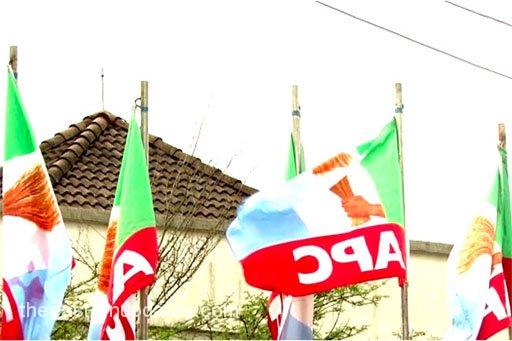 One of the senatorial hopefuls on the platform of the All Progressives Congress (APC) in Abia, Samuel Onuigbo, has asked the party to declare him the winner of the primary held in the state.

On May 30, Onuigbo garnered 157 votes to defeat Henry Ikoh, his opponent, who had 152 votes in the primary.

However, Ikoh opposed the result over alleged malpractice, leading to the non-declaration of a winner.

In a statement on Sunday, Onuigbo asked the party to “uphold justice” and present him to INEC as the party’s flagbearer.

“The obvious result of the Abia central senatorial zone primaries of the All Progressives Congress (APC) has suddenly become very difficult for officials who conducted and presided over the exercise to announce,” the statement reads.

“This has created unrest and restiveness among loyal party faithful and the good people of the Senatorial Zone who affirmed their faith in me by giving me the ticket with a 157-152 margin of victory.

“The reaction of the people is not unexpected given that a totally different person who did not purchase nomination forms nor participated in the primaries is suddenly being thrown up.

“This is blatant impunity which the APC is known to kick against and which has given our great party the edge over the opposition. The crawling worm of impunity should never be allowed in the corridors of the seat of our party administration. It should be resisted and terminated with precision.

“I won the primaries in a closely contested primary election where even the State Party Chairman had urged that the loser congratulates the winner in the spirit of sportsmanship. If I was the loser, I would have abided by this admonition by the Chairman of our great party.

“While it is said that ‘anything is possible’ in Nigeria, it is imperative that the leadership of the APC upholds the principle of justice which frames our great party and ensures that I am announced as the winner and thus presented to the Independent National Electoral Commission (INEC) as the party’s legitimate flagbearer for Abia Central during the general elections.”

Onuigbo added that he is hopeful that the APC will do the needful because he was chosen as the party’s flagbearer by Abia APC members.