Nwoye Reveals Why He Returned Over ₦73 Million Donations 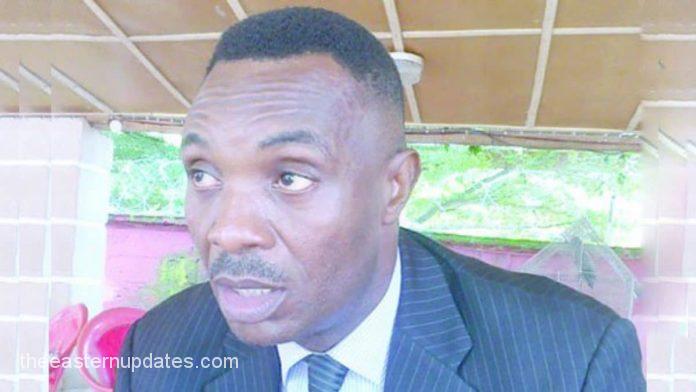 Ben Nwoye who is a Former Chairman of the All Progressive Congress (APC) in Enugu State, has on Friday stated that he withdrew his governorship ambition and returned over ₦73 million donations to his supporters ahead of the party’s governorship primary.

The former APC chairman stated this while speaking on, “Political Voice,” a programme on Dream FM radio station in Enugu.

“I was supposed to run for governor. Do you know that I received a little over N73 million from people who wanted me to run?

“I even got N5,000 from a young entrepreneur based in Nsukka to contribute for me to buy the N50 million form. Even retired principals, retired teachers sent money to me to buy form and run,” he said.

Mr Nwoye, however, said he withdrew from the race and decided to return the money to the individuals who had donated the money to support his governorship ambition in the state.

He said the decision was based on his realisation that the outcome of the governorship primary had been decided by the party leadership before it was held, describing it as “a pre-determined contest.”

“But at the end of the day, I found out that there was a candidate that was already pre-crown. Even though I got about N75 million donated by people, I said No. In good conscience, I cannot do it (run for governorship) because it was not going to be a contest.

“Yes, it is not my money. People donated money to me. I said I was going to return the money to them and I did. Even people from the United States, who thought I should run, I returned all their money. Yesterday, I returned the last batch of it.

“There was no contest because someone said he has a friend in Enugu State and was going to anoint his friend to become the next governor of Enugu State and he has all the money to do it. I cannot compete to be governor. I can’t,” he explained.

Like other political parties in Enugu State, the APC elected Uche Nnaji as its candidate during the party’s governorship primary.

Mr Nnaji, a consensus candidate, was the sole contestant in the exercise.

Mr Nwoye condemned alleged verbal attacks and abuses on some leaders of the Peoples Democratic Party (PDP) in Enugu, by the Chairman of APC in the state, Ugochukwu Agballah.

Mr Agballah had, during a press conference, accused a former governor of Enugu State and lawmaker, representing Enugu East District in the Nigerian Senate, Chimaroke Nnamani, of masterminding the emergence of Peter Mbah, the PDP governorship candidate, as a grand plan to indirectly take over the affairs of the state.

Describing Mr Mbah as a political protégé of the former governor, Mr Agballah claimed that Mr Nnamani’s previous reign as governor was fraught with sadness, tragedy, and brutalisation of Enugu people vowing that he would foil the ploy to foist what he termed “Ebeano political dynasty” in the state.

The APC chairman was also said to have made scathing remarks against a former deputy senate president, Ike Ekweremadu and other PDP leaders in the state.

But Mr Nwoye said the verbal attacks on the PDP leaders were appalling and did not represent the party’s ideology and were not the right way of putting up an opposition that will attract people from other political parties.

“I sincerely apologise to former governor, Chimaroke Nnamani, for the abuses rained (on him) by Ugo Agballah. I apologise to Ike Ekweremadu. The abuses meted out to him were undeserving. And also, apologise to Peter Mbah. We don’t attack (other candidates). We sell our own candidates,” Mr Nwoye stated.

He appealed to Mr Agballah to desist from foul language and emulate his (Mr Nwoye’s) use of right words when he was the party chairman which resulted in the defection of a former governor, Sullivan Chime, and other high-profile politicians into the party in the state.