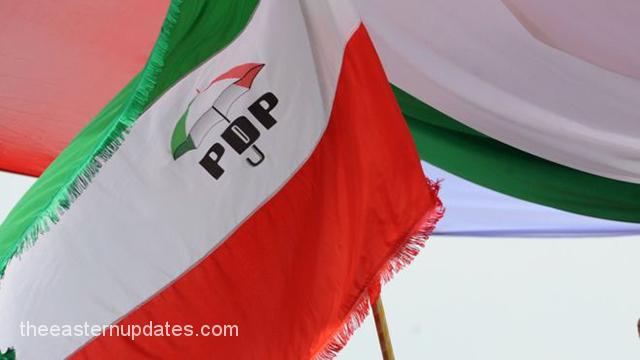 As the aftermath of the controversial Ebonyi PDP primaries set in, the National Working Committee of the Peoples Democratic Party has again recognised Mr Tochukwu Okorie as its authentic chairman in Ebonyi State.

In a letter dated May 31, 2022, and addressed to the Independent National Electoral Commission, which was signed by the National Chairman, Senator Iyochia Ayu, and the National Secretary, Senator Samuel Anyanwu, the party explained that its decision was in obedience to a judgement by the Appellate court, which it said upturned the judgement of a Federal High Court, that previously recognised Mr Silas Onu.

The Eastern Updates reports that there has been leadership tussle in the Ebonyi State chapter of the PDP involving Okorie, who was elected chairman of the party last year, and Mr Silas Onu, who served as its Publicity Secretary, on acting capacity.

Worried by the outcome of the Congress that brought the current State Working Committee of the party, Onu filed a suit at the Federal High Court Abuja claiming he was the only candidate who purchased form for the position of Chairmanship.

In its judgement, the Federal High Court granted Onu all the reliefs sought, prompting immediate swearing-in of the plaintiff by a notary public.

However, Okorie proceeded to the Appeal Court for a stay pending the determination of the substantive suit.

Although it was granted, Onu held onto power claiming that there was an order of the Federal High Court restraining the application of a stay on a judgement that had been implemented.

Meanwhile, the PDP has cancelled all the primaries held in Ebonyi State, in May.

This was contained in a letter to the Independent National Electoral Commission, and signed by the National Chairman, Ayu, and the Secretary, Anyanwu,

According to the letter, the elections were cancelled because they violated the guidelines of the party.

They said a new date for the elections will be announced shortly.

The letter read in part, “This is to bring to your kind attention that the National Working Committee of the Peoples Democratic Party has cancelled the congresses in Ebonyi State which purportedly took place on 29 May 2022 for the State House of Assembly, House of Representatives and Senate.”