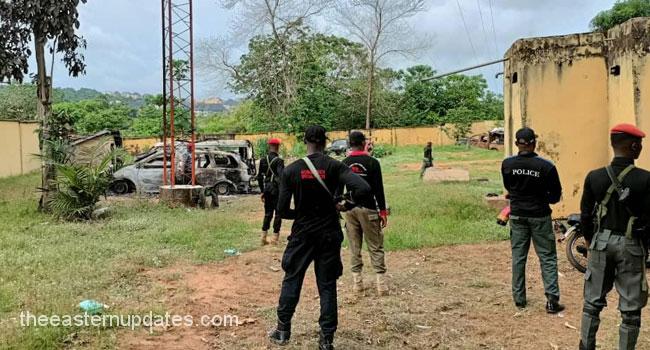 Some markets and schools in Onitsha and its environs closed abruptly on Tuesday afternoon, following viral news of rumoured attack by gunmen in the Ugwuagba Obosi and Ogbaru areas of the State.

The Eastern Updates gathered that many schools in the Awada area closed around 12noon as parents ran to the school premises to pick up their kids as the rumour gained grounds that the attackers were moving into Awada from the Obosi axis.

‘There was chaos in schools across Awada today, May 31, 2022. It could be compared to the Madam Koi-koi scare many years ago in Enugu. Our pupils at the Holy Infant Jesus, Blessed Iwene Tansi Parish Awada, suddenly began to run helter-skelter. When I inquired, many were in shock and could only cry, until one teacher said it was unknown gunmen scare. Many pupils rushed into the Fatherrs’ House.

‘It was, indeed, the noise from other schools around, with parents running to collect their children and wards, that led to the scare in our own school. Later, some children said it was armed robbers. I had to swing into action calming them down. I tried all sorts of ways to bring back their smiles. Some were so scared that they could only cry and yearn to be carried. An unsafe society is not what anybody prays for. And children are the greatest victims,” he said.

The Eastern Updates gathered that there was pandemonium in parts of Amiyi community in the Ogbaru area, as soldiers in full military equipment swooped on the camp of the unknown gunmen located in the area.

A resident in the area told Daily Sun that there were sporadic gunshots which lasted for hours, forcing many people to run into hiding in the area.

As at the time of filing this report, there was no further information whether some arrests were made in the area, or report of casualties on both sides.