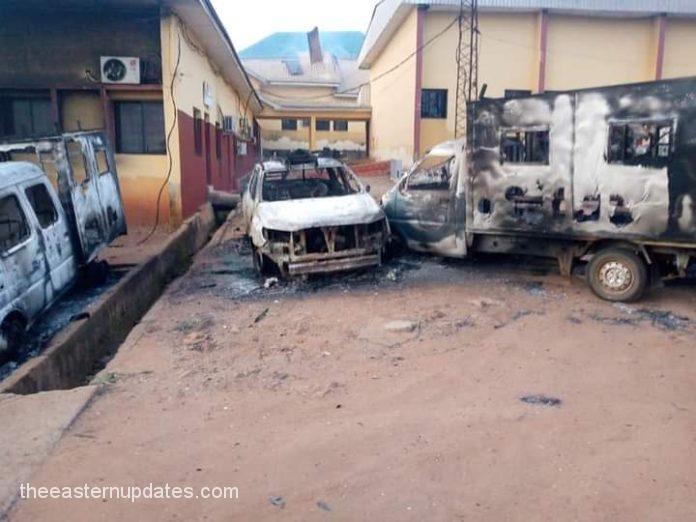 In a series of bizzare attacks which Anambra State is now known for, some gunmen on Monday killed a  policeman and dispossessed him of riffle at Ogidi in Idemili North local government area and then went ahead to attack the state–owned Anambra Broadcasting Service, ABS, in two separate incidents in Anambra State.

It was gathered that the gunmen stationed themselves in an area close to Ogidi Town Hall where some policemen usually man a checkpoint and opened fire when they sighted the patrol team approaching.

“They stayed there for a long time, waiting, until they sighted one of the policemen, who they shot dead, and dispossessed him of his riffle and fled,” the source said.

The state Police Public Relations Officer, PPRO, Mr Tochukwu Ikenga confirmed that there was a gun battle between policemen of some hoodlums, which led to the wounding of one of the policemen.

He said: “Information before me states that on 29/05/2022 at about 12:50pm, Police operatives on observation patrol along Abatete expressway, Ogidi engaged some armed hoodlums.

“Unfortunately, during the gun duel one of the police operatives was fatally wounded and due to the superior fire of the police, the gunmen were made to flee the scene.”

He said that operation at the scene was still ongoing, adding that patrol has been intensified in the area.

Elsewhere at Awada near Onitsha, some people said to be gunmen invaded the premises of Anambra Broadcasting Service (ABS).

During the attack, the gunmen burnt a building, a company bus, and another vehicle belonging to a staff of the media house who did night shift.It was gathered no life was lost during the attack, although the gunmen were said to have brutalized the staff they met in the premises and inflicted injuries on them.