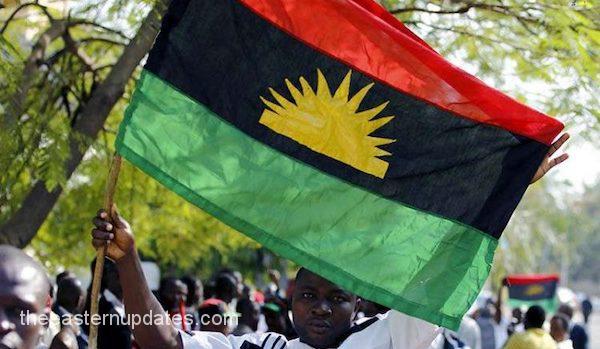 The group alleged that there was an “illegal undocumented treaty” to cede communities of Ohaji Egbema Local Government Area in Imo to Rivers via a “crooked financial inducement” by Wike.

In a statement, IPOB’s Media and Publicity Secretary, Emma Powerful, warned of “catastrophic consequences and futuristic destructive effects” that would follow such development if allowed to sail through.

The group also advised the affected Imo communities not to be enticed by the pecuniary inducement that would be attached to such concession, warning that they would regret it in the end.

The statement partly read, “Following an illegal undocumented treaty to cede communities of Ohaji Egbema Local Government Area from Imo State to Rivers State via a crooked financial inducement by current Governor Nyesom Ezenwo Wike, we wish to warn that such project be called to a halt to avert inevitable consequences.

“We suggest to the communities that fall into this deceptive venture masterminded by Wike to retrace their steps considering that this singular act could attract futuristic destructive effects.

“IPOB was intimated with the information regarding Governor Wike’s plan which includes conditional future promises and having gone through these moves, realised that Wike will abandon them in future because governor Wike cannot be in charge of Rivers State beyond his tenor as a current Governor.

“Wike in his promises dangles a deceptive monetary bait value of N150,000 monthly payment per family. Those who think that it will be consistent will regret it, you cannot for the sake of N150,000 and mortgage the lives of unborn children in those communities.

“Any community in Ohaji Egbema LGA of Imo State that wishes to join Rivers State due to poor economic state and the hope of N150,000 should know that Wike would not be the Rivers State governor forever, therefore should remain where God Almighty Chukwu Okike Abiama placed them as the near future would be greater.”

The secessionist group added, “It is a known fact that Imo State government failed in their obligations as it concerns the predicaments they are facing in that area but they must forget Wike with his offer. Wike’s deceptive offer would harm them and their children in the future as such may not be sustainable by successive governments Moreover, Biafra restoration approaches hastily.

“IPOB is advising them to retrace their steps and watch what God Almighty has in stock for them, changing God Almighty’s plans for children will harm the communities in the future, for God to have placed you where you are today does not mean that he has abandoned you.

“The communities or anybody persuading them to change their state of origin identity and be acquired like slaves with the cash value of N150,000 is evil and must be treated as criminal because we don’t see where old men and women, youths and educated people would allow such an undocumented territorial treaty due to hunger and abandonment.

“This is a call for Nyesom Wike with his slave-master mentality which is targeted at the natural resources and never for the love for a fellow human. With the same opportunity, we call on Hope Uzodinma, the Governor Of Imo State, to look into the welfare of these communities and those already ceded to Rivers State be returned to Ohaji Egbema LGA of Imo State as such would foster harmony.”