HomePoliticsNwajiuba Is The Bridge Nigeria Needs In 2023 - Okigwe Forum
Politics

Nwajiuba Is The Bridge Nigeria Needs In 2023 – Okigwe Forum 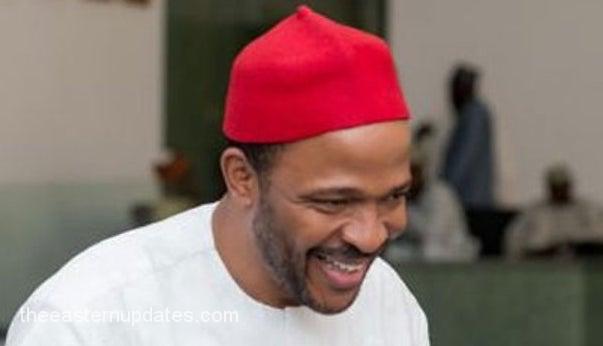 The presidential ambition of the immediate Minister of State for Education Hon. Chukwuemeka Nwajiuba has received a boost from members of Okigwe Forum, a socio-political elite group in Imo North Senatorial District, otherwise known as Okigwe Zone after they described him as the leader Nigeria needs at the moment.

Rising from a crucial meeting on Friday, the group issued a statement, which was signed by its president, Sir Dan Orji, and Speaker, Sir Collins Anoro, endorsing Nwajiuba’s quest, describing him as the bridge Nigeria needs.

The statement read in part: ‘Lee Kuan Yew of Singapore and Indonesia’s Soekarno were such bridges for their respective countries, which now rank high on the world economic indices after climbing from obscurity to prosperity. “Coming to Africa, Rwanda has risen from the rubbles of a costly civil war to lead the pack because they discovered a bridge called Paul Kagame.

‘We believe that a similar feat can be replicated in Nigeria, as it transits from the government of President Muhammadu Buhari to another in 2023 if it mounts a sturdy and balanced bridge like Hon. Chukwuemeka Nwajiuba.’

According to the statement: ‘For over six decades, Nigeria has been moving in circles but must now determine to advance beyond its pariah status.

‘As God would have it, Hon. Chukwuemeka Nwajiuba has clawed his way through the maze of age-long political actors and, in fact, describes himself as the much-needed bridge.

“We agree wholeheartedly that at 55, Nwajiuba is the bridge between those who are about to leave the stage. He is the most experienced among the pack of contenders, having been a member of all the three arms of government, the Judiciary, the Executive and the Legislature, an experience which none of the contestants has.

“There are so many reasons the former minister is the bridge Nigeria needs. He is young and fits into the agitation for the young to take over the levers of power in this country. He is pan-Nigerian and has real friends across the six geo-political zones of Nigeria. Also, he is Igbo and would easily be seen as the bridge, linking the Igbo to the country that has so much crushed them.”

The group also frowned at those criticising Nwajiuba for allegedly not doing much to halt the protracted strike action by the Academic Staff Union of Universities, ASUU.

“This is a season of attacks and a period when envy and hate take centre stage. In this fight, all manner of weapons are deployed and it doesn’t matter whether these targets offended their attackers or not.

“So, many brickbats are hitting the self-effacing but effective ex-minister, despite that Nwajiuba did a lot even though tertiary education was not within his charge. His responsibilities were to oversee Basic Education (primary and secondary schools). The main minister in the Education Ministry and the labour and finance ministers are closer to addressing the ASUU challenge than Nwajiuba, who could only attend to ASUU matters if specially assigned to him.

“However, he apologised to Nigerian students and expressed willingness to work with ASUU but needed it in school while things were being sorted out. Above all, he hinted at working out a scheme for the reactivation of university autonomy law so that universities would have a funding structure to make universities self-sustaining instead of coming cup in hand every time.

“The former minister is also a victim of the ASUU strike, as two of his children are also at home like other Nigerian children affected by the strike. Though he has the wherewithal to send his children to foreign schools like many others, Nwajiuba’s children are products of the Nigerian education system.

“That buttresses his love and belief in Nigeria and his level of patriotism. That is the reason he is in the race to create a new order. Nwajiuba aims to build a society based on the rule of law because it is difficult to run a government without rule of law. He is desirous of enthroning a rule-based society instead of the chaos being witnessed in all segments of the society, a reason he also did not join the army of contestants traversing the country, distributing huge sums of money to buy delegates. He believes that the country should be made to work according to the rule of law because nothing works where there is no order.

The group also commended the former lawmaker for being transparent and corruption-free, adding: “While others have been busy polluting the conscience of delegates with money, Nwajiuba has chosen to respect the men and women, trusting in their nobility to do the right and just thing for the good of the land today and tomorrow.’

It reeled out the presidential aspirant’s credentials: ‘Nwajiuba parades intimidating academic credentials that rank him among the most educated in the race.