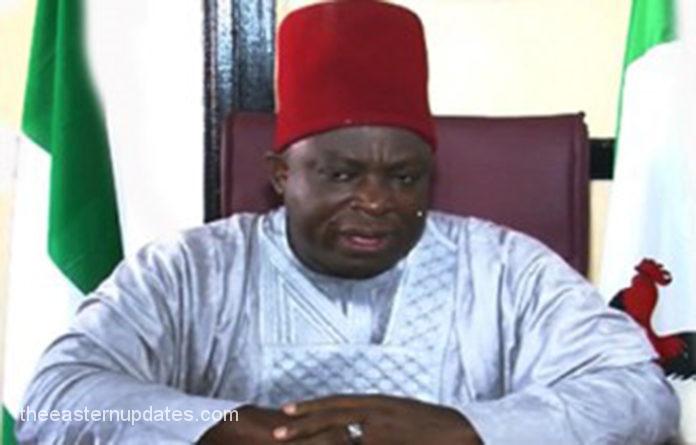 The aftermath of the primaries carried out in Anambra State today saw the former national chairman of All Progressives Grand Alliance, APGA, Senator Victor Umeh losing his bid to return to the red chambers following his failure to secure the party’s ticket for Anambra Central senatorial zone.

In the result announced after the exercise, Umeh lost by 11 votes as he polled 151 votes to Nwankwo’s 162 votes.

The returning officer for Anambra Central, Mrs Elizabeth Nwokocha, who declared the result said: “By the powers conferred on me as the retuning officer of this election, I hereby declare Ferdinand Dozie Nwankwo the candidate of the All Progressives Grand Alliance for the Anambra Central Senatorial district election.”

The defeat of Umeh was the greatest upset in all the primaries conducted in Anambra State.

Speaking after the results were announced, Nwankwo called on his co-contestants to join hands with him to ensure victory in the main election.

He said: “I’m happy. I knew God destined a day like this. I thank our governor, Prof Soludo, I thank our national chairman, Chief Victor Oye, the NWC and the various ward chairmen for their support, which brought about this victory.

“I call on my brothers and co aspirants to join hands with me, as I cannot do it alone. Winning Anambra Central will be a collective responsibility.”