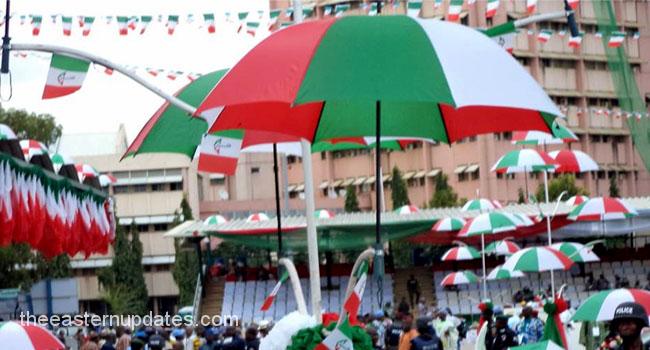 The three-man ad hoc delegate congresses of the Peoples Democratic Party (PDP) were, on Wednesday held in Anambra State ahead of the party’s primary election slated for today (Thursday).

The Eastern Updates however learnt that the congresses held in two locations in Awka, While one of them was held at Prof. Dora Akunyili Women’s Development Centre, the other was said to have taken place at Marble Arch Hotels’ premises.

It was gathered that about 43 officials of the Independent National Electoral Commission (INEC) led by Mr. Ibe U. Ibe monitored the exercise amid tight security.

This exercise is coming weeks after it was cancelled because the panel sent by the national leadership of the party to organise the congresses failed to produce the original result sheets meant for that exercise.

Chairman of the committee, Jibrin Ahmed, had said at a press briefing held at the party’s state secretariat in Udoka Housing Estate, Awka that the cancellation became necessary because his team could not produce the result sheets.

At the congresses held in Awka, about 217 delegates from Anambra North and Anambra South senatorial zones participated in the exercise.

It was gathered also that the two senatorial zones held theirs in Awka because of the insecurity in their zones while that of Anambra Central also took place in Awka but in another location.

The Eastern Updates reports that many of the political gladiators, especially those of them seeking the party’s tickets, were seen at the venues as they came to be sure that the exercise would meet their expectations.

Leader of the five-man committee, Elder Efere Augustine, while addressing the delegates, promised that his team would conduct a free, fair and credible ad-hoc delegates’ congress.