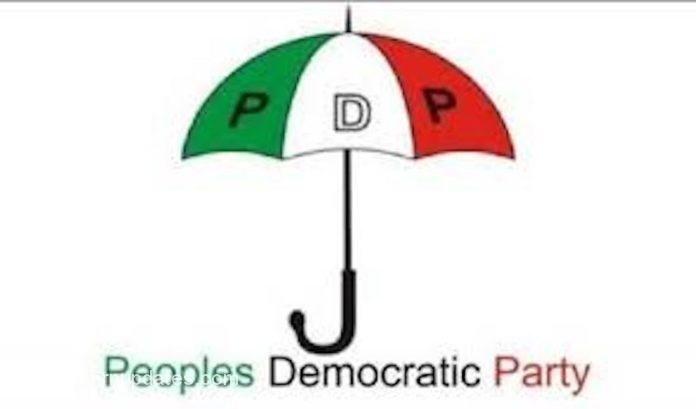 As things thicken in the race for 2023, some executives of the Enugu State chapter of the Peoples Democratic Party (PDP) might be getting the long arms of the law to catch up with them as some of them have been allegedly accused of forgery of PDP receipts and three-man Ad-hoc delegates forms.

Some of the affected executives who have been accused of this also include the Chairman of the Enugu State chapter of the PDP, Chief Augustine Nnamani; Secretary, Mr. Cletus Akalusi and Chief of Staff to Governor Ifeanyi Ugwuanyi, Dr. Festus Uzoh.

The men ran into trouble following an alleged attempt to mislead the court in their bid to prove that they followed the PDP Constitution and Guidelines for the Election of Three-Man Delegates and National Delegates in the election of 780 ad-hoc delegates on April 30, 2022, Ward Congress across the 260 wards of the state.

Controversy has trailed the April 30 exercise in Enugu following the allegation that while a section of Enugu PDP leaders followed the party’s guidelines, Governor Ugwuanyi and the leadership of the party in the state handed a list of ad-hoc delegates allegedly generated four days to the real exercise to the Prince Vincent Yandev Amaabai-led PDP national.

The Enugu State PDP, coordinated by Chief Augustine Nnamani, Dr. Festus Uzoh, and others had quickly put together some members of the party loyal to the governor to institute a case in the Enugu State High Court, seeking to have their list upheld as the authentic ad-hoc delegates list.

Consequent upon the lawsuit marked E/379/2022, which has PDP; PDP National Chairman, Senator Iyorchia Ayu; PDP National Secretary, Senator Samuel Anyanwu; PDP National Organising Secretary, Hon. Bature Mohammed; Chairman, Enugu State Chapter of the PDP, Chief Augustine Nnmani; among others as Defendants, the Plaintiffs, namely Prince Paul Nnaji & Ors also got an ex-parte order from Justice Harold Eya’s court restraining the Defendants from recognising or giving effect to any other three-man ad-hoc delegates list other than the list that emerged from the congress held on April 30, 2022, pending the hearing of the Motion on Notice.