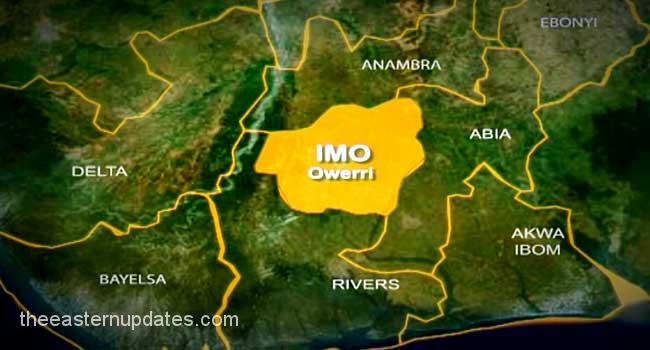 The youths of Nnachioma Umuariam community in the Obowo Local Government Area of Imo State, yesterday sought the intervention of the State government over the menace of gully erosion threatening the people of the area.

They disclosed that the menace of the gully erosion was a big threat to their livelihood, including houses and farm crops.

One of the protesting youths, Emeka Nnamdi, said, “we are protesting the government’s negligence over the years. We are also protesting the worsening effects of the menace of erosion in our community.

“We are always left behind in government’s developmental projects. Our houses, town hall, roads have been washed away by erosion.

‘The development calls for an emergency response from the government. Our houses are submerging and we are dying of hunger.’

Meanwhile, the Indigenous People of Biafra, IPOB, have sounded a general announcement which dissociated them with the gunmen who were killed in Imo State recently. They made this announcement while warning security agencies in the country to stop associating its members with criminals.

IPOB on Wednesday denied any link to gunmen who were recently killed in Imo State.
The Nigerian Army had recently busted a shrine in Orlu, Imo State, reportedly used by gunmen who were alleged to be members of the Eastern Security Network.

Reacting in a statement on Wednesday by Emma Powerful, IPOB said those who were killed were not members of its security wing, the ESN as it warned Nigerian security agents against linking it to every criminal activity in the region.IPOB said the killing of the gunmen was laudable noting that it had warned against criminals forcefully enforcing Monday sit-at-home in the region.