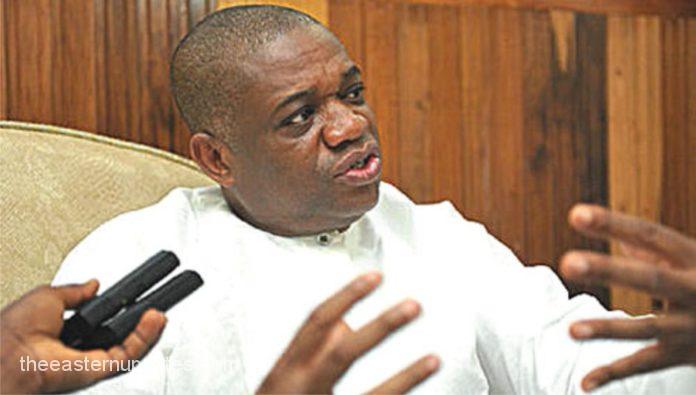 In a fresh outburst, Nigerian Senator and former presidential hopeful, Orji Uzor Kalu has openly blasted elder statesman, Edwin Clark and former President Olusegun Obasanjo, accusing them of being dishonest in their support for Igbo presidency.

Recall that Edwin Clark had accused Orji Kalu of betraying the Southeastern region and its quest for the 2023 presidency.

And reacting to Clark’s claim, Kalu in a statement on Thursday, said it was actually the elder statesman, who was betraying the South East and the region’s bid to produce the next President.

Kalu said that it was the betrayal of such elder statesmen such as Chief Clark and Obasanjo that made him drop his presidential bid.

According to him, “These men think they are fooling the South East by coming out to mouth their belated support for the region while they receive other aspirants from South South and South West in their houses.

“I’m sure you have also read what I said about him [Edwin Clark], that they betrayed us,” Kalu told Channels Television on Monday evening.

“Chief Clark is an elder statesman, I wouldn’t want to talk about him. But if Chief Clark is of good conscience, he will not be welcoming presidential candidates from South South and South West to his house. He would have told them that it is the turn of the South East.

“They’re just saying this two weeks ago but I’ve been saying this for the past two years that President of Igbo extraction would solve the problem.

“Why didn’t he ask Silva to drop his ambition for me if he’s an honest man? I saw President Obasanjo also saying he wants us to go to the South East.

“Why is he saying it today? He should have done it when he was the President, he had all the power to do it. These people think we’ll continue being their fools.

“We’re not going to be fooled… these people should stop deceiving us. If you want an Igbo man to be President…they should call all these people and tell them…’please don’t buy forms, allow only the South East to buy.’”