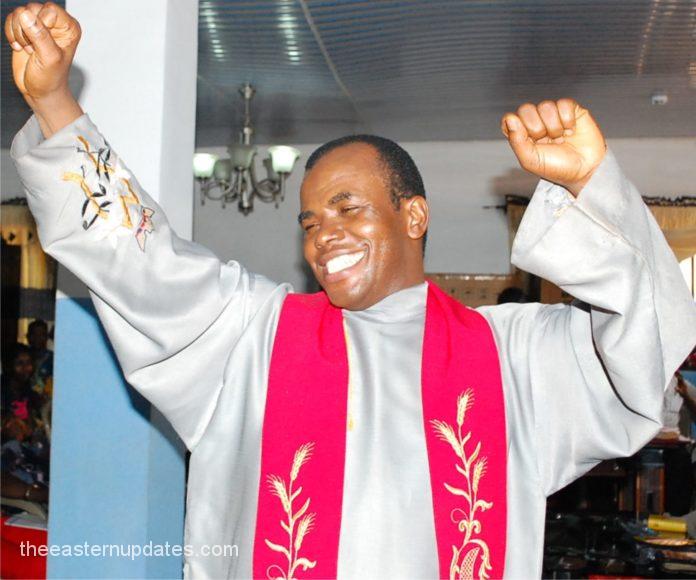 Rev Father Ejike Mbaka, the Spiritual Director of the Adoration Ministry Enugu has called on Christians to defend their faith.

He made the call while condemning the killing of Deborah Samuel, a student in Sokoto accused of alleged blasphemy.

The cleric who stated that the killing of Deborah was a challenge to Christians, urged those fighting him to go and defend Christian’s in Sokoto.

Speaking at the Adoration ground on Sunday Mbaka said. “They have killed this child. They accused her of insulting Mohammed and killed her.

“This is what I have been saying. Christians are facing lots of battles. Christians should not begin to fight among themselves.

“Should that girl be killed? Every Christian should rise and defend our faith. The hour has come. It’s a challenge of faith. How many of them that insulted Jesus have been killed?

“Is it still one country? If Nigeria is going to be one country let it be, but if this is what we are going to be experiencing let everybody go home. I said it last Sunday and I am repeating it again.”