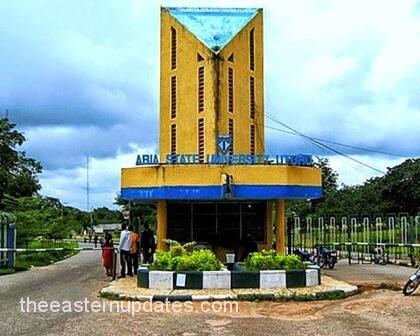 In a sad turn of events, The Eastern Updates can reliably report that the educational accreditation of the Faculty of Medicine of the Abia State University has been revoked by the committee in charge of medical school accreditations.

The State governor, Okezie Ikpeazu while reacting to the sad news had noted that the withdrawal was only a momentary setback which can be corrected in a matter of months.

This was the conclusion of a meeting the governor held with some select medical professionals on the issue of the withdrawal of the accreditation of the Faculty of Medicine of the Abia State University by the National Universities Commission a few days ago.

According to the Chief Press Secretary to the governor, Onyebuchi Ememanka, after detailed discussions on the issue between Ikpeazu and the professors, the cause of the withdrawal was discovered.

“The loss of accreditation was solely as a result of the closure of the Abia State University Teaching Hospital where student doctors are trained and has nothing to do with the technical and professional competence of the University nor the Teaching Hospital,” it was discovered.

The meeting further noted, “The Hospital was closed as a result of issues around arrears of salaries of workers.

“The NUC accreditation delegation visited at a time when the Hospital was closed down.

“The withdrawal of accreditation affected only the Medical School and not the Teaching Hospital. The implication of this is the Faculty of Medicine of the University cannot admit new students while this situation subsists. This does not in any way affect the students who are already studying at the Faculty.

“The withdrawal of accreditation is only a momentary setback which can be corrected in a matter of months. Indeed, the eminent Medical Professors at the meeting, who themselves, are leaders and members of similar delegations of the NUC to other Universities made it clear that once the Teaching Hospital can be reopened, the issue of the withdrawal of the accreditation will be reversed within a maximum period 6 months”.

Ikpeazu, therefore, restated his commitment to both ABSU Medical Faculty and the Teaching Hospital and gave solid assurances that funds will be made available within the next one month to deal with a chunk of the arrears owed to the workers while making a definite commitment to the regular monthly payment of salaries henceforth.

The Governor further appealed to the workers at the hospital, especially the doctors, to show understanding “of our peculiar financial challenges which have negatively impacted on the revenue profile of the State”, adding,”the challenge of salary payments at ABSUTH has been a recurring one which even predates the present administration”.

The governor stressed that upon assumption of office, he approved the payment of 11 months of arrears owed the workers at the Hospital and has consistently approved such interventions with the last one being in September last year, and assures that he will continue to support the hospital to play the critical roles in our Healthcare and tertiary educational systems.