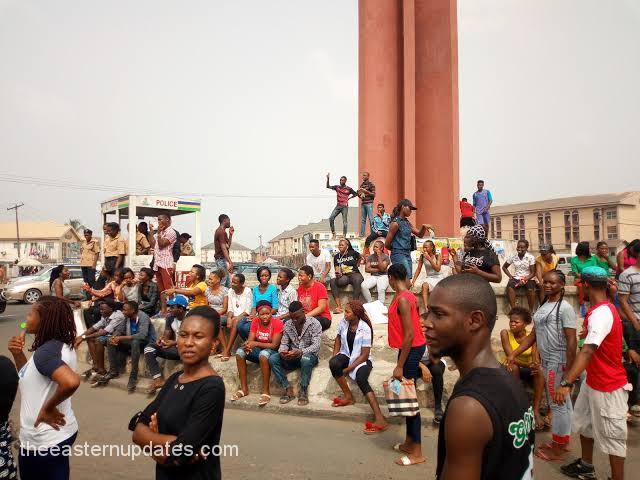 There was a bit of turmoil in Imo State when numerous University undergraduates on Friday took to the streets in the State capital to protest against the lingering strike embarked upon by the Academic Staff Union of Universities (ASUU).

The strike which was carried out under the umbrella of the National Association of Imo State Students recorded a lot of turnout as a lot of students made their thoughts known with placards. The undergraduates also threatened to shut the major roads in the state if ASUU and the Federal Government didn’t resolve their differences in the next seven days.

The students who staged the protest in Owerri, the state capital, accused the FG and ASUU of working against the interest of Nigerian students.

NAISS senate president, Alfred Jacinta, accused the FG of paying more attention in political activities than quickly resolving their differences with ASUU to enable” we the Nigerian students to go back to classes and complete our academic programs.”

She said, “We are the senate arm of the National Association of Imo state Students.

“Here are our senators from different universities across Nigeria who are Imo indigenes. We are here to say that enough is enough.

“The Federal Government should quickly resolve their differences with ASUU so that we can go back to classes and complete our academic programs.

“They can’t keep playing with our futures. We have met countless industrial actions since we gained admissions into the universities. This should stop. We are not getting any younger. Many of us are a few months and years to 30 years old and that means we can’t be mobilised by NYSC.

“We are giving them seven days to resolve their issues, otherwise we will block all the major roads until our demands are met. We are not asking for too much.

“We are only asking that we need to be given the opportunity to complete our academic programs. It is time for us to say enough is enough and take our destinies in our hands.”