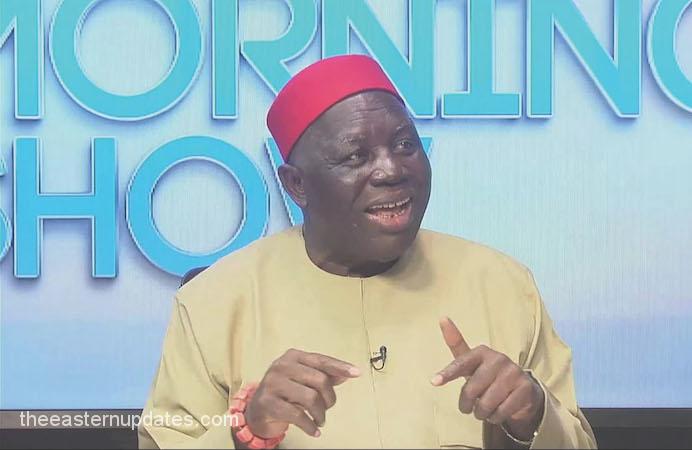 The country home of the President of Ohanaeze Ndigbo, George Obiozor was on Saturday morning attacked by gunmen in Awomamma community, Oru East Local Government Area of Imo State.

The Eastern Updates gathered that the attack was carried out by some yet-to-be-identified gunmen in the early hours of Saturday.

The Public relations officer of the Imo State Police command, Mike Abattam, confirmed the attack to reporters saying that investigations were ongoing.

Abattam confirmed that the hoodlums who came in vehicles threw petrol bombs in the house damaging properties and shooting sporadically to scare aware residents.

The police spokesperson, however submitted that said no life was lost and no one was injured as Professor Obiozor was not in the house when the gunmen carried out the attack.

He further added that a tactical team has been deployed to the area to maintain law and order while an investigation has also commenced.

One of the operatives, Ifeanyi, who hailed from Umuguma, was said to be a final year student of the Imo State University.

The gunmen invaded the station during the early hours of Saturday at about 4:30 am while the operation lasted over 30 minutes.

He said ‘nobody slept here, we were scared to leave our homes but we knew it was a heavy bombardment. Unfortunately, they killed our own brother, Ifeanyi who was trying to defend the station and his people by extension’.

The sources narrated that they overwhelmed the security operatives during the operation which left cars and properties destroyed.