HomeFeaturesAnambra Police Mandate Residents To Give Notice Before Events
Features

Anambra Police Mandate Residents To Give Notice Before Events 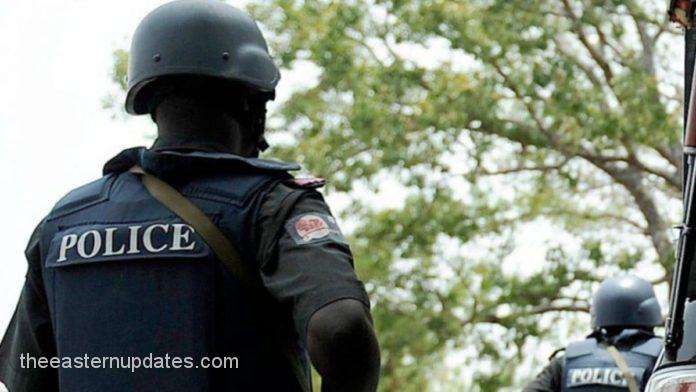 Following the recent attacks in burial ceremonies, the Police Command in Anambra State has stated that indigenes of the State who intend to hold events henceforth must notify it to provide security.

The State Commissioner of Police, CP Echeng Echeng stated this in a statement yesterday.

Echeng assured the State of improved security service delivery and the Command’s readiness to contain any security situation.

A press release by the State Police Command’s Spokesperson, DSP Toochukwu Ikenga which was made available to The Eastern Updates, said the Commissioner showed worry over an attack, weekend, by gunmen at a burial in Nnewi South Local Government Area.

‘The CP urged the good people of Anambra to always inform the police and other security agents of the venue, date and time of their events. This shall enable police access the area to make sure no security breach is experienced before, during and after the activity,‘ he said.

Two weeks ago, some persons suspected to be cultists had invaded the venue of a burial and shot dead about 20 persons.

Ikenga, in the press release, said: ‘On the two unfortunate incidents witnessed in the State, the police were not informed of these burial events before it began.

‘The Command wishes to inform the general public on the incident in Ebenebe, Awka North LGA, that it was not informed.

‘On the Ndingbu village, Nnewi-North LGA, the police have arrested some persons aiding the ongoing investigation and have recovered a Toyota Camry used by the attackers. Operation is still ongoing aimed at rescuing the abducted and arresting the perpetrators to bring them to book.’

The Eastern Updates had a few weeks ago reported that gunmen stormed the a burial in the State and murdered 20 people while also desecrating the corpse.