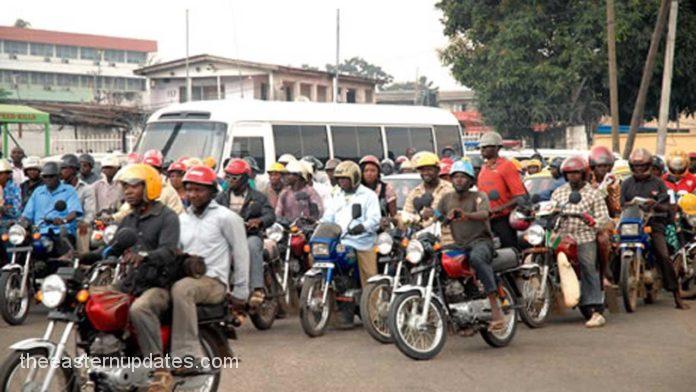 The Spiritual Director of Adoration Ministry, Rev. Fr. Ejike Mbaka, has condemned the decision of Governor Ifeanyi Ugwuanyi of Enugu State to ban the operations of motorcycles popularly known as Okada, tricycle, and tipper-truck in three local government areas of the State.

The Catholic priest claimed the governor took the decision without thinking of the consequences of the ban and its effect on the poor.

But Mbaka in a video message, which our correspondent obtained on Sunday, advised the governor to rescind the ban, warning of the dire consequences that might steam from the ban.

Mbaka said, ‘I have been asking and pleading that they should release Nnamdi Kanu. It appeared as if once Nnamdi Kanu is arrested banditry, crisis, killings will end, instead, after he had been arrested things worsened. Situations are worsening every day which now proves that holding him has not provided any solution.

‘If some people don’t go out with their Keke, their parents, wives, and children will not eat. Their sick mothers will not take any medicine. If you catch any Keke person that commits any crime, punish the person. You cannot generalise the sin of one to everybody. No.’

The Eastern Updates had earlier reported that the ban was imposed sequel to the emergency security meeting with chairmen and major stakeholders including traditional rulers and Presidents General of the communities in five local government areas of Enugu South, Enugu East, Enugu North, Nkanu East and Nkanu West LGAs.