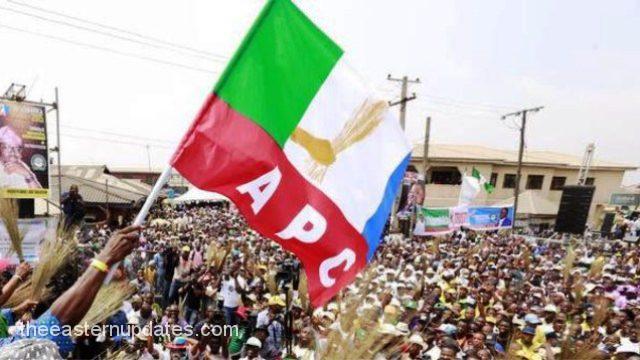 The crisis rocking Anambra State chaper of the All Progressives Congress (APC) on Wednesday got dirtier as the State High Court sitting in Awka voided the party congresses which was held last month.

The Eastern Updates recalls that about 17 former chairmen of Anambra state APC led by one Lawrence Emegini had gone to court seeking a declaration that their tenures as local government chairmen of the party still subsist.

In suit no: 2022 A/3/2022, the former Caretaker Chairmen and Ward Representatives challenged the validity of the party’s congress in January when their tenure had not ended.

In a judgment delivered on Wednesday by Justice Ike Ogu of the State High Court Four, Awka, he ruled that the APC congresses contravened the initial Interlocutory Injunction given by his court.

According to Justice Ogu the suit filed by Emegini and others against APC succeeded.

The court ruled that the tenure of wards, local government areas and states executives elected during 2018 congresses in Anambra state have not expired.

According to him, whatever congress conducted by APC and its representatives in the state contravened the order of the court and cannot stand.

Meanwhile, the factional secretary of APC loyal to the applicants in the state, Mr Chukwuma Agufugo, described the judgment as a victory for the rule of law.

Agufugo said that some people had wanted to disorganise the party by trying to hijack its leadership but thank God that the court has liberated the party.

Also, Chief P.I. Ikwueto(SAN counsel to the plaintiffs, said that his clients have been vindicated by the decision of the court.

However, Mr Chikwunoso Chinwuba, the Legal Adviser of the factional APC dissolved by the judge said they would study the judgment and know the next line of action to take.