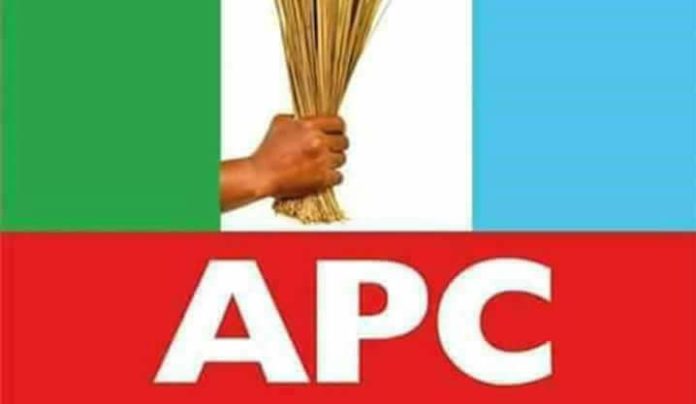 Ahead of the local government elections in Enugu State which is slated to hold on Wednesday, February 23, the Enugu State chapter of the All Progressives Congress (APC), has raised the alarm over her alleged exclusion from the poll.

The opposition party alleged on Sunday that it had been stopped from participating because the list of her candidates was not published by the electoral body.

It threatened to void the exercise if it holds as scheduled without her.

The party accused the Enugu State Independent Electoral Commission (ENSIEC) of deliberate plot to disenfranchise the party faithful by refusing to publish a list of 260 councillorship and 17 chairmanship candidates it forwarded to the electoral body in December 2021.

Addressing the disenfranchised candidates and other party faithful at the State secretariat, 126 Park Avenue, GRA, Enugu, weekend, the State chairman of APC, Barr Ugochukwu Agballah, declared that the party would void the election should the electoral body exclude APC from participating in the exercise.

‘Enugu must rise for democracy to thrive. On Wednesday (February 23) the local government election will not be held; if they go ahead, it will be an exercise in futility,’ he declared.

Agballah announced that the legal team of the party had already filed a suit at the State High Court to void the election for unlawful exclusion, which he said was a breach of the Nigerian Constitution and the Electoral Act.

Agballah, who received his certificate of Returns from the APC national leadership on February 14, 2022, claimed that his emergence as the APC chairman in the State was causing fears within the ranks of the State government and the ruling party.

He said that he will also join forces with progressive elements in the South-East APC to work for the emergence of Nigerian president of Igbo extraction in 2023.

‘Igbos are not inferior in Nigeria, there is time and season for everything. It is the time for Ndigbo to produce the presidency of Nigeria,’ he declared.

The Eastern Updates recalls that the ENSIEC had earlier published a list of APC candidates under the faction of the party led by Dr. Ben Nwoye, the caretaker Committee chairman of the party in the State.