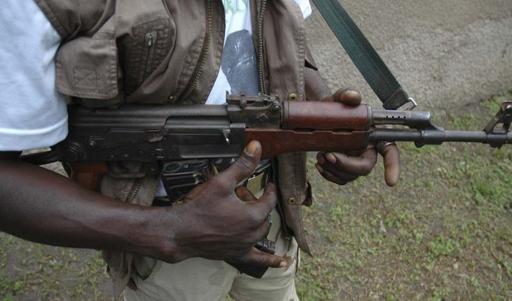 No fewer than three Policemen have been confirmed dead after they were attacked by some yet-to-be identified gunmen, at a checkpoint Ebonyi State.

A source who spoke to The Eastern Updates stated that the three policemen were gunned down about 10pm, on Monday, in front of a police station, in the Ishielu Local Government Area of the state, along Enugu-Abakaliki Expressway.

It was gathered that the gunmen opened fire on the three cops, who were said to have mounted a roadblock in front of the station, and killed them.

‘The remains of the three police victims have been deposited at a mortuary in Abakaliki after they were confirmed dead by doctors,’ the source said.

As of the time of filing this report, Mrs Odah, however, said she could not give details of the casualty figures until a visit to the scene of the incident.

The Eastern Updates had earlier reported that the Anambra State Police Command has neutralised no fewer than four gunmen who attacked Aguata and Neni Police Divisional Headquarters in Aguata and Anaocha Local Government Areas of the state respectively.

In a statement which was made available to The Eastern Updates, Police Public Relations Officer in the state, DSP Tochukwu Ikenga revealed that the command also recovered some weapons used by the armed hoodlums during the attacks.

He further said that some of the armed hoodlums escaped with varying degrees of gunshot injuries which they sustained during the heavy gun battles with gallant policemen.

The PPRO said that the attacks on the two divisional police headquarters took place on Sunday night, adding that there was no casualty on the part of the police.