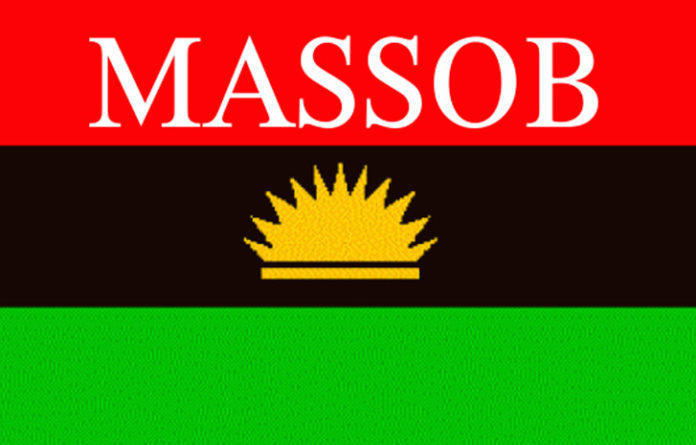 The Movement for the Actualisation of the Sovereign State of Biafra (MASSOB) on Sunday condemned the remarks of the Coalition of Northern Groups against Igbo nation over the 2023 presidency.

A former Secretary to the Federal Government, Pius Anyim; and a former governor of Anambra State, Chief Chukwuemeka Ezeife, were reported to have said that the South East is ‘prepared to kneel or bow before every ethnic group to clinch the 2023 presidency’.

But Coalition of Northern Groups described their statements as ‘no more than deception.’

The group said that ‘The bitter truth is that no matter how low the Igbo are willing to go or how long they are willing to keep their knees on the ground, it will be unreasonable to expect other Nigerian tribes, not least the North, to risk entrusting the Presidency in them.’

But MASSOB on Sunday, described the remarks of the group against Igbo nation as adding salt to the injury, querying ‘how do you think that your enemies will trust you? Even if you kill your wife or children to show your loyalty to them, just as our so-called Igbo/ Abuja politicians are killing our brothers to please the Northern caliphate, yet they never gain their trust.’

MASSOB Leader, Uchenna Madu, who spoke to our correspondent, said it was appalling the appealing tendencies of the two Igbo statesmen.

Madu said, ‘A beggar only begs for something that does not belong to him. A beggar is always inferior to the giver. Ndigbo are not beggars.

‘It is an abomination that Igbo elders will kneel down to another in begging, even though that the lives of Ndigbo are at risk. We can never beg, rather we devise our own means of fighting back because Igbos must survive. Ndigbo are not cowards or weaklings.’

The Eastern Updates reports that there is so much clamour for the 2023 Presidential slot to be zoned to the South-East geopolitical zone.